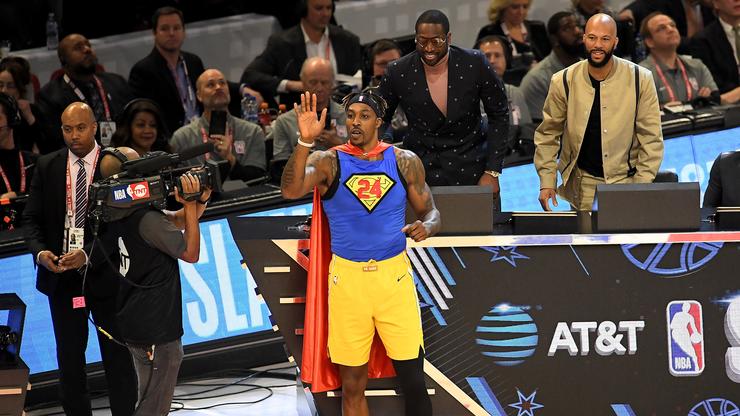 Kobe Bryant and Dwight Howard had patched things up over the years.

Kobe Bryant’s tragic passing came as a shock to the NBA community and over the last few weeks, the players have come together with a plethora tributes that pay homage to the late star. Dwight Howard was one the players who had a close relationship with Kobe, even if sometimes it wasn’t on good terms. Over the past couple years, the two had patched things up and Bryant was even supposed to help Howard in this year’s dunk contest. With recent events in mind, Howard decided to change his dunk contest routine and added the number 24 to his Superman cape.

According to Tania Ganguli, Howard revealed what his plans were for Kobe, had he been there. Essentially, Kobe would have handed Howard the cape which would have had the number 24. It would have been an incredible moment although what Howard ended up doing was just as great.

In the end, Howard was eliminated from the contest as Derrick Jones Jr. and Aaron Gordon went down to the wire in a dunk-f. Jones ended up winning the whole thing although many believe Gordon deserved it, especially after dunking over the likes Tacko Fall.

What did you think Howard’s dunk contest performance? Let us know in the comments, below.