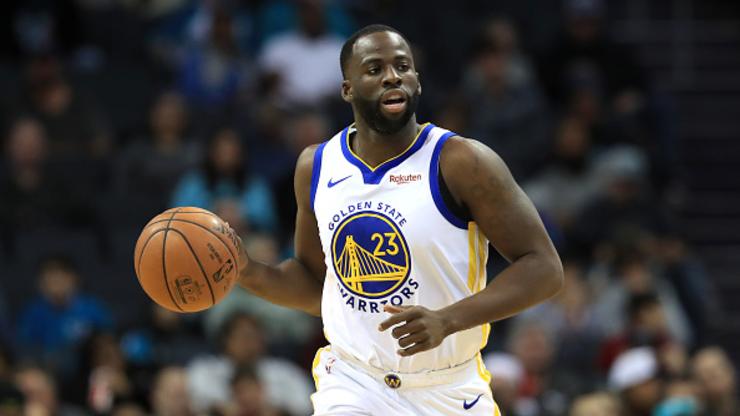 The ball player had some very strong statements to make about the violence that went down at the Capitol Wednesday.

Across all social media platforms and media outlets, reactions to the violent storming of the U.S. Capitol on Wednesday afternoon from celebrities, athletes, politicians, and world leaders have been pouring in. The Boston Celtics and Miami Heat game that took place on Wednesday night was almost canceled, with players instead deciding to kneel during the anthem and release an official statement after the game. Golden State Warrior star Draymond Green is also chiming in with some choice words in response to the pro-Trump rioters.

Unsurprisingly, the 30-year-old outspoken pro baller shared his brutally honest feelings about the siege that occurred at the Capitol on Wednesday. He began his scathing rant saying, “It just goes to show the policing system was built against Black and Brown people. And that’s the reason those reactions are different. That’s the reason someone can walk or run or bust their way through or whatever into the Speaker of the House office and put their feet on the desk like they’re sitting at home on their couch.”

He added how disappointed he was in the media’s portrayal of the ‘protestors’ and instead referred to them as domestic ‘terrorists.’ “Storming into a building and busting our windows and carrying podiums and all that other stuff, that’s not a protest, that’s a terrorist attack,” he continued.

“And so stop describing those people the same way you describe someone who just stand there and make a chant and say, ‘We want justice. We want peace.’ Stop using the same word. It’s disrespectful, it’s ridiculous and it’s shameful. To keep calling them protesters. They’re not f—ing protesters. They’re f—ing terrorists,” he concluded.

While the Warrior’s forward strong opinion on the matter will certainly stir some noise, his consistent willingness to speak his mind does not go unnoticed. Do you agree with Green’s sentiments?