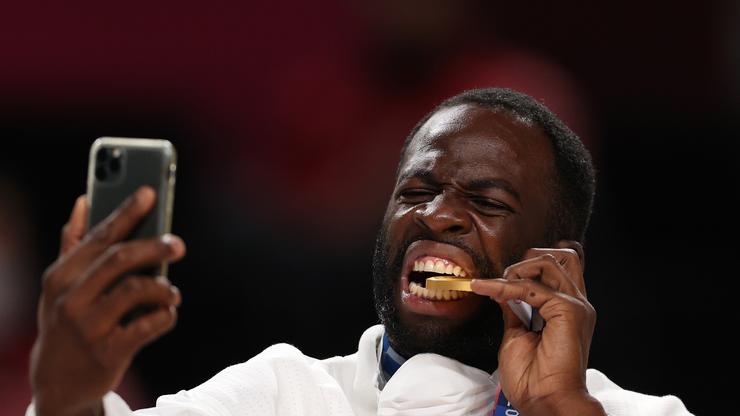 Draymond Green is being considered for some big-time media jobs.

Draymond Green is one of the more outspoken current players in the NBA and whenever he speaks, people tend to listen. His basketball knowledge is second to none and having won three NBA titles, he knows what it takes to be a champion. He also just came off of a win at the Olympics which makes him one of the more accomplished players to ever do it.

Over the last couple of years, Green has been working with TNT on Inside The NBA, and for the most part, he is their most savvy analyst. While Chuck and Shaq bring the humor, Green is the one who is constantly showcasing his extensive knowledge that could someday land him a coaching job.

According to The New York Post, ESPN is now considering Green for a special role at the network. They are in the midst of re-casting NBA Countdown as they want the show to contend with TNT’s best efforts. Stephen A. Smith reportedly wants to team up with Magic Johnson and Michael Wilbon, and as the Post reports, Green could be part of that equation. Perhaps he could even be a talking head for First Take, although that remains to be seen.

Of course, Green is still playing right now although, on off-days, there is a chance he could be with the network. There is still a lot that would need to be figured out, although there is no denying that Green has the talent to be an ESPN personality for years to come.