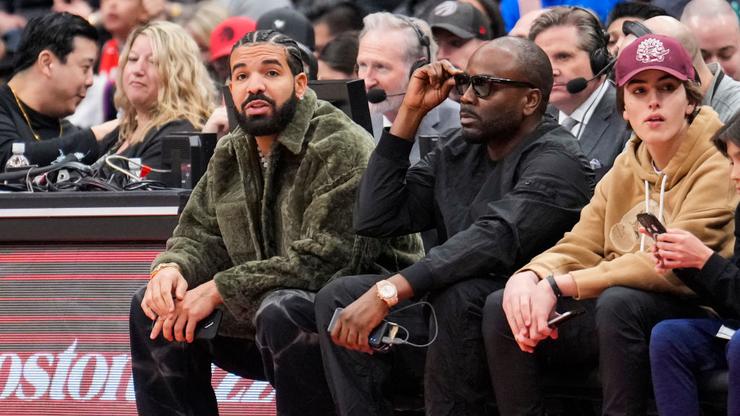 The father of one has been showing a lot of love to Nike this week.

The older he gets, the more Drake appears to enjoy experimenting with his style – more specifically, his hairstyle.

In recent months, we’ve seen the father of one rock everything from a near mullet while gambling with his friends at the casino to super-tight cleanly laid braids that sparked plenty of conversation on social media. Most recently, Drizzy looks to be using his hair to honour one of his favourite brands, Nike.

Not long after asking his Instagram followers to craft a clever moniker for his long-haired alter ego, Champagne Papi has cleaned up his appearance a bit, but instead of simply sporting a braid on either side of his head, the 35-year-old got a third one worked into the middle part on his scalp, shaped to resemble the company’s swoosh logo.

That’s not the only love that Drake has been showing to Nike this week either – as we reported earlier, the Canadian rapper was spotted in Oregon at the brand’s headquarters just one day after LeBron James officially opened up his new facility.

And while attending the Nike Maxim Awards, the Scorpion hitmaker delivered a speech, although a joke he cracked about another brand of sneakers (“Nike is so old it’s wearing New Balance“) wasn’t met with the laughter it deserved.

In other news, Drake has been using his platform to advocate for the release of another popular rapper, Young Thug, who’s due to remain behind bars until his trial in January of 2023 – read more about that here, and let us know what you think about Drizzy’s new hairstyle in the comments below.