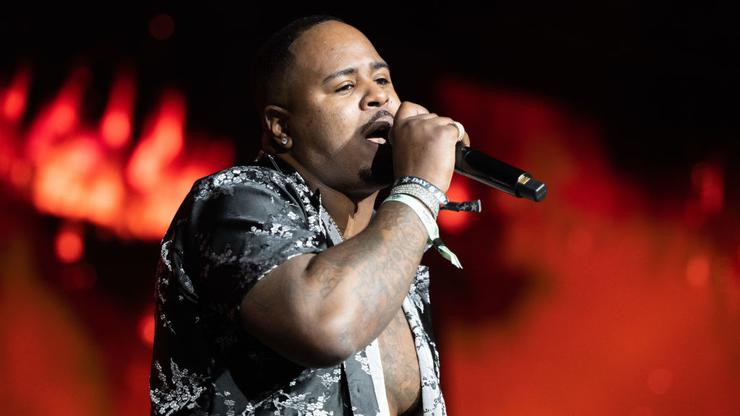 Drakeo The Ruler’s mother says she plans to sue over his death, reveals she wasn’t allowed hug or kiss her son in the hospital.

One of the primary voices of Los Angeles’ rap scene, Drakeo The Ruler was fatally stabbed backstage at Once Upon A Time in LA music festival this weekend. The rapper was set to perform at the festival when he was reportedly involved in a physical altercation backstage, getting fatally stabbed in the neck.

As the rap community continues to mourn the loss of the West Coast rapper, Drakeo’s family wants answers. In an exclusive interview with Rolling Stone’s Nancy Dillon, Drakeo’s mother, Darrylene Corniel, revealed that she plans to sue over the death of her son. She also suggested that the fight started after forty to sixty people rushed Drakeo when YG appeared backstage.

“He was hit in his neck. I saw him when I went to the hospital. They said it’s a homicide, so I wasn’t able to hug him or kiss him or anything like that. I had to look at him through a window,” said Corniel. “I need this to be out there. I need people to know. And I do want justice for my son. And I do believe that justice will be served. I will not rest until justice is served.”

The late 28-year-old Drakeo The Ruler, real name Darrell Caldwell, was with a small group backstage at the time of the fight, including his younger brother, rapper Ralfy The Plug. According to witnesses she spoke with, Drakeo’s mom says people “swamped” her son at the same time YG walked into the same area.

“They said there were, like, 40 to 60 people,” said Corniel. “Everything just happened so quickly. They started trying to jump them. [Drakeo’s brother] was trying to fight, but when he turned around, he could see his brother with blood gushing out of him. He was like, ‘Did they stab you?’ It was like, there were so many of them.”

She believes that pride played a role in her son’s murder, and she signaled that she believes venue security failed their job that night.

“We plan to sue,” she said. “This happened backstage at an event. Someone has to be held accountable. […] It is such a shame how much jealousy and envy can make people stoop to such low tactics to try to destroy another individual because of fame and progress. When you start getting up there, people start getting intimidated. So, I believe, once his platform started going higher, people started getting upset. […] They let all these people in, and you’re not supposed to have all these people backstage. And your security is supposed to be in place. The whole program should have been orchestrated a lot better than what it was. And there should have been more protection. Even if you have metal detectors, even if you pat them down, you let those people come in there. You had more people come in than you were supposed to. And you allowed them to jump my son. You didn’t protect my son.”

We will keep you updated as Drakeo’s mother plans to file a lawsuit. Long Live The Ruler.