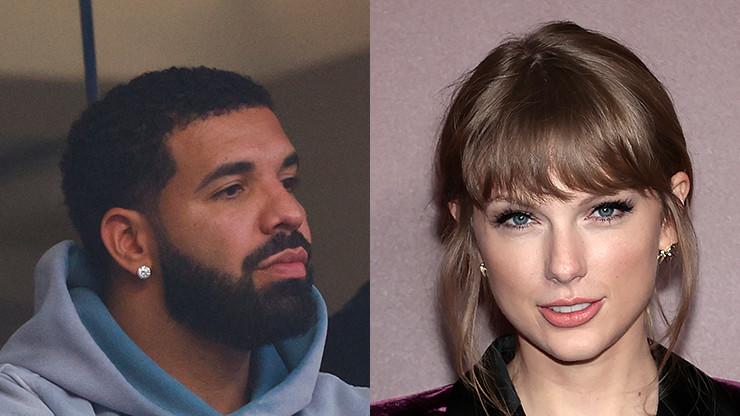 While fans wait for a sprinkle of music-related news or updates from Drake, the rapper is busy living his best life — from $200k bets (and sometimes $100k) to sitting courtside with his son Adonis, to receiving industry accolades seemingly every other day. And even if he’s minding his own business, he can easily become the focus of the news cycle when leaks occur, such as the recent Jack Harlow collab which had everyone singing the rapper’s praises.

Today, he’s back in the spotlight for a recent photo dump on Instagram which somewhat innocuously contained a throwback selfie as the very last slide with Taylor Swift. With the caption, “They too soft to understand the meaning of hard work,” Drake is seen with his arms around Taylor, as she grips his arms in return. The photo has led fans to debate whether this is a hint of music to come. Elsewhere in Drizzy’s photo gallery, a candid shot of his son Adonis rocking similar braids to his father’s current hairstyle, and giving the camera the peace sign.

Drake also gives fans a few shots of himself in varying camera quality, including a backlit and bucket-hat-wearing beach pose as well as a close-up shot of Drake’s pensive and meme-worthy face. Celebs and fans were heavy in Drake’s comments, with Nicki Minaj stating that champagnepapi is “King of Everything,” and Gunna relying on a simple thumb’s up emoji.

Take a look at the IG photo dump below, and let us know what you surmise about the T-Swift shot. Does it mean there’s a collab in our future?