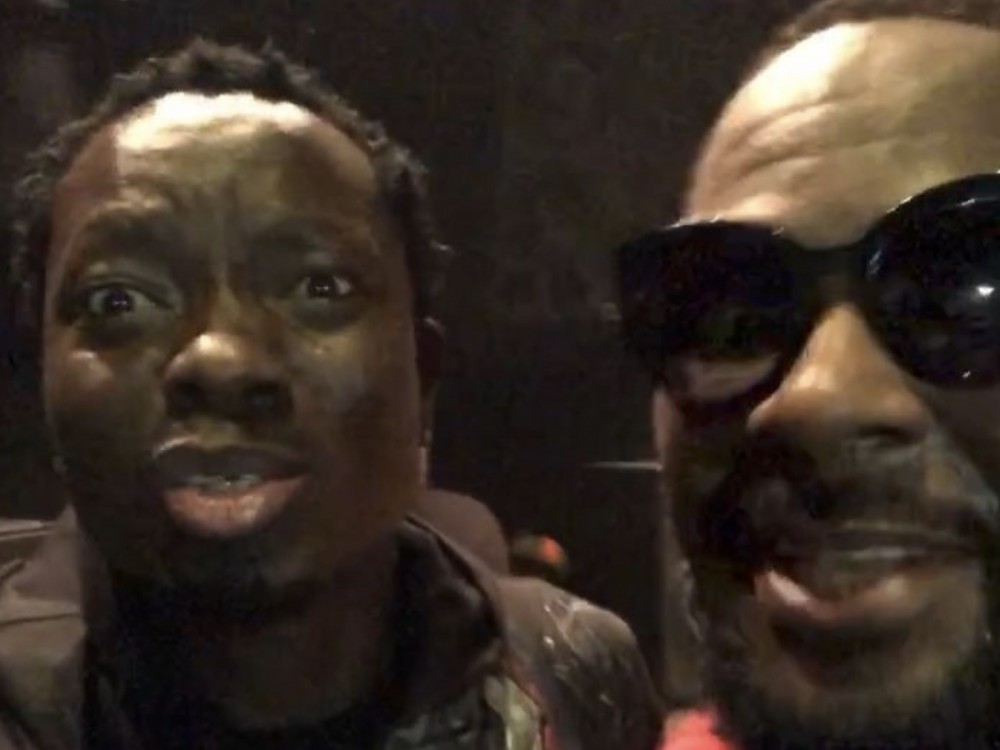 Working Wednesday. We’re putting in that work, work, work SOHH why not get things going with Drake channeling his inner LeBron James with a little Golden State love? Speaking craziness, did you ever think you’d see R. Kelly and Michael Blackson in the same room? On an OG note, are we here for Dr. Dre‘s Detox in 2018? All this coming up in SOHH Whatcha Think.

Is Drake low-key playing both sides with the Warriors and Cavaliers? We all know he’s Team Bron-Bron but have Kevin Durant and Steph Curry crept into his BFF’s Top 3 list? The 6 God made sure to pay homage to LeBron with a vintage jersey during his high school years but the Internet managed to see Drizzy is low-key Warriors to the blood? Social media’s on it:

Just a coincidence? Who does Drake really pull for during the NBA Finals? Should his hometown Toronto Raptors feel a certain type way about this? #SOHHWhatchaThink?

Where isn’t Michael Blackson at these days? One day he’s hanging out with Drake and then the next he’s clocking in friendship goals with R. Kelly? Michael Blackson’s IG is on it:

Is this surprising? Should we be impressed? Think some hilarious captions are to follow? #SOHHWhatchaThink?

Just when you thought the Compton album would be the replacement for Detox, Dr. Dre has to go the extra mile and tease fans about its existence? Complex is on it:

Do you still want to hear the album in 2018? Is Dr. Dre better rapping or behind the boards? Could this live up to the multi-decade hype? #SOHHWhatchaThink?

That wraps it up for today. This is SOHH On The Spot giving you the scoop from your favorite gossip sites.