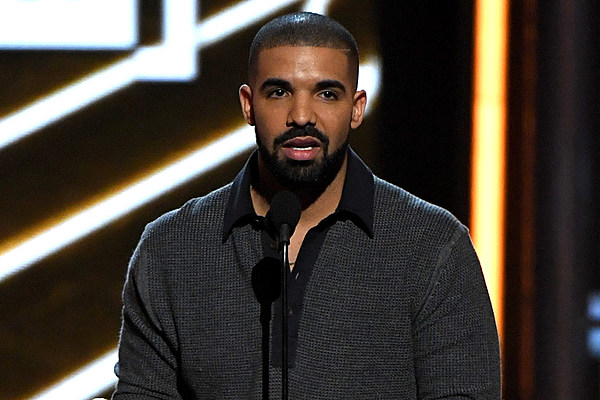 On Friday night, Drake surprised hip-hop fans when he dropped his two-song EP, Scary Hours. While fans were enjoying the songs "God's Plan" and "Diplomatic Immunity" over the weekend, Texas producer Rabit was noticing that Drizzy's artwork looked similarly like his own.

According to the producer, Drizzy jacked his 2015 Communion Tour poster for his Scary Hours cover. Rabit brought light to the situation on Instagram, posting photos his poster and Drake's EP.

"Today I wake up to see OVO has redone one my 2015 tour posters designed by @collindfletcher for Drake's new single," the producer wrote. "Poor Collin is always having his style stolen?lol BUT I love being part a team that's so creative and iconic???? #drake #ovo #rat #roach #simp."

According to a source, OVO didn’t source this artwork but instead, they were presented with it—a common practice with artists is to be presented with artwork to choose from that is referenced f older art.

Drake has never had an issue when it comes to his artwork in the past.

In related Drake news, the More Life rapper is renovating his Hidden Hills mansion. According to a report from TMZ, the 1,695-square-foot master bedroom will be remodeled with an extra 98 square feet added. Drizzy will also put new ros on all structures, as well as adding 68 new windows.

The house will also get new doors, a remodeled kitchen and master bathroom and the addition a spa. According to permits, the total job is valued at $342,752 but the rapper is expected to pay much more when everything is done.