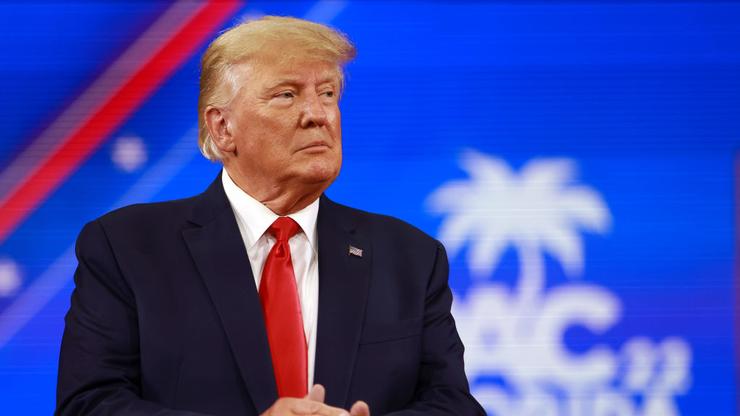 The former President will be staying on his Truth app.

Even new management isn’t enough to convince Donald Trump to come back to Twitter. On Monday, April 25th, the former President told FOX News that he plans to stick with his own social media platform – Truth – instead of heading back over to the blue bird app.

In case you haven’t heard, Musk acquired the platform for a cool $43B earlier today, and made it abundantly clear that he is pushing for more free speech on the app, even if that means he gets hit with more hate. “I hope that even my worst critics remain on Twitter, because that is what free speech means,” the 50-year-old wrote.

“Free speech is the bedrock of a functioning democracy, and Twitter is the digital town square where matters vital to the future of humanity are debated,” he continued in another post.

Upon hearing the news, many users expressed that they were worried that the online space would become a place where misinformation is spread, and some even openly pondered if Trump would be making a return following his ban for his involvement with the Capitol insurrection.

“I am not going on Twitter, I am going to stay on Truth,” the 75-year-old confirmed, adding he believes that Musk will “make improvements” and that he’s a “good man.” As Huff Post notes, Trump currently gets his messages out on Twitter through the account of his aide, Liz Harrington.

Elsewhere in his chat with FOX, the New York native boasted about the apparent success of his website. “We’re taking in millions of people, and what we’re finding is that the response on Truth is much better than being on Twitter,” he said, although he didn’t offer any data.

“Twitter has bots and fake accounts, and we are doing everything we can,” he continued, clarifying that he doesn’t view Musk’s new project as a competitor for Truth.

Are you surprised by Donald Trump’s decision to remain off Twitter for the time being? Drop a comment below and let us know.