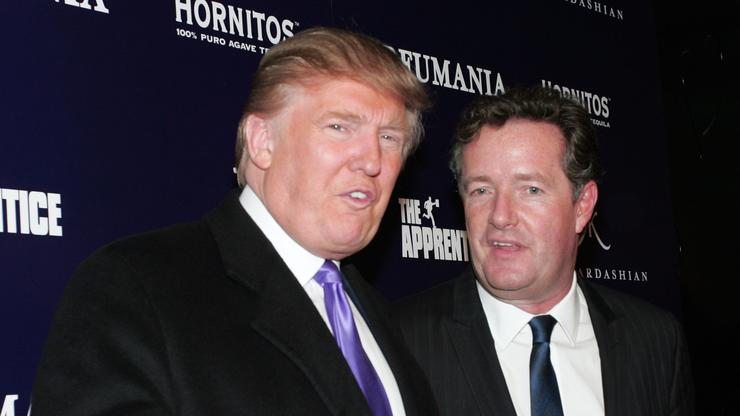 After using Nicki Minaj’s name to promote his new show, Morgan returns with a viral clip of his heated sit-down with America’s former president.

Things apparently got a little spicy on Piers Morgan’s new talk show after he sat down with former President Donald Trump. The controversial ex-world leader has continued his reign over his dedicated, conspiratorial following, even long after his tenure in the White House has ended. Each time Trump sits down for an interview the world pays attention, so it was only fitting that Morgan would be the one to ruffle his feathers.

Morgan knows a thing or two about upsetting the masses with controversial takes, so seeing him and Trump face off on Talk TV has social media talking.

Morgan previewed a clip of his meeting with Trump and things became so heated that the ex-president walked off of the set.

“I think I’m a very nice man,” Trump said in the video. “Much more honest than you, actually.” Things abruptly cut to Morgan who added, “It was a free and fair election…you lost.” Trump retorted by saying, “Only a fool would think that.” Morgan asked Trump if he really thought he was a “fool,” and Trump answered, “I do now, yeah.”

At one point, Trump called Morgan “very dishonest” before making a swift exit, and that was all the internet needed to make the clip go viral. Morgan has previously teased this show with a promo spot where he targeted Nicki Minaj once again, reiterating that he still views her as the “rudest little madam.” Check out bits from Morgan and Trump’s confrontation below.