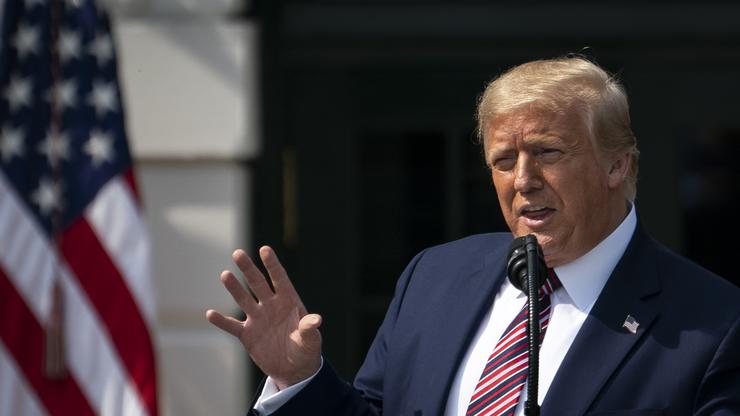 Donald Trump says he has no plans to consider a national mandate for masks.

President Donald Trump says he will not consider a national mandate for masks to be worn in public. Trump discussed the idea in a new interview with Fox, set to air Sunday, July 19.

“No, I want people to have a certain freedom, and I don’t believe in that, no,” Trump said in response to the idea proposed by Fox News’ Chris Wallace.

Later in the interview, Trump goes on to disagree with Dr. Robert Redfield, the director the US Centers for Disease Control and Prevention, who said that if everyone wore a mask, the virus would be gone in four to six weeks: “I don’t agree with the statement that if everybody wears a mask everything disappears,” Trump said. “Dr. Fauci said don’t wear a mask, our Surgeon General, terrific guy, said don’t wear a mask. Everybody was saying don’t wear a mask. All a sudden everybody’s got to wear a mask, and as you know, masks cause problems too, with that being said, I’m a believer in masks. I think masks are good.”

For the first several months the outbreak, Trump refused to be seen wearing a mask in public; however, while visiting wounded service members at Walter Reed Medical Center in Maryland, he decided to dawn a face-covering: “I think when you’re in a hospital especially in that particular setting, where you are talking to a lot soldiers, people that in some cases just got f the operating table. I think it’s a great thing to wear a mask. I’ve never been against masks, but I do believe they have a time and a place.”