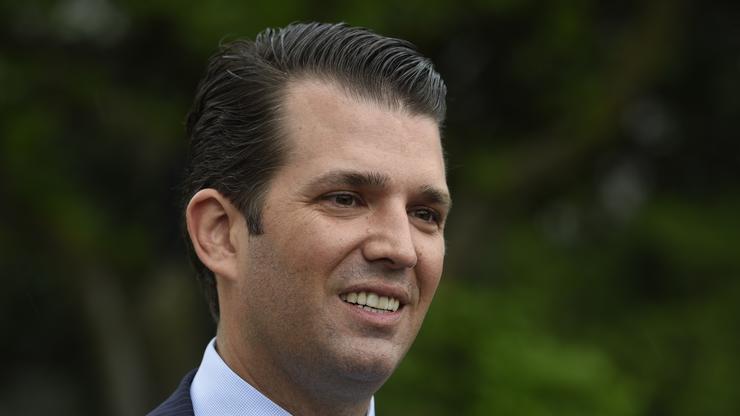 Political families, more ten than not, birth dynasties. Take the Roosevelts, the Kennedys, the Clintons, THE BUSHES – plus there’s no way for us to overlook those Rockefellers. This time however, it’s Donald Trump’s son, Donald Trump Jr., who’s attempting to follow in the footsteps his father. Rumour has it that the eldest child the President would like to run for mayor. Of where you may ask? Well, where other than New York City?

The New York Post’s gossip column, Page Six, reports Tuesday that the President’s son is considering a bid to replace Bill de Blasio as New York City mayor. Though he’s attempting to fulfill his father’s lifelong dream getting his name on the mailbox at Gracie Mansion, the time may have passed for a Trump to steer New York City’s city government. The Trump name is now one and the same with the Republican Party, and NYC isn’t likely to elect a Republican, no matter which name follows the “R” on the ballot.

Donald Trump Jr. would have to win the race to become mayor New York City to cause problems for Bill de Blasio who is, inexplicably, out on the trail campaigning for the 2020 Democratic presidential nomination, despite his lack  acclaim in his own city. De Blasio’s campaign, has been centered on attacking Donald Trump, and according to Politico, while that’s doing very little to attract people to his cause, it is sparking the flames a feud between de Blasio and the White House. “I’m a New Yorker. I’ve known Trump’s a bully for a long time. This is not news to me or anyone else here,” de Blasio states in his campaign video. “And I know how to take him on.”

Trump, after taking notice, took to Twitter to send out a clear message mocking the mayor: “The Dems are getting another beauty to join their group. Bill de Blasio NYC, considered the worst mayor in the U.S., will supposedly be making an announcement for president today. He is a JOKE, but if you like high taxes & crime, he’s your man. NYC HATES HIM!” Donald, Jr.’s brother, Eric, got involved too, getting into a pretty heated exchange with de Blasio on Twitter last week over claims that de Blasio’s “Green New Deal” was designed largely to punish successful corporations, fining companies like the Trump Organization millions to pay for a scheme socialist environmental policies.

Though De Blasio claimed the green deal wasn’t personal, his fice tweeted out a list NYC-based Trump properties and how much each would be charged to finance the mayor’s new plan. This lead the exchange to get so heated, the President  eventually got involved, retweeting his son’s responses to de Blasio, including a tweet where Eric Trump accused de Blasio  letting New York City “go to sh*t.”