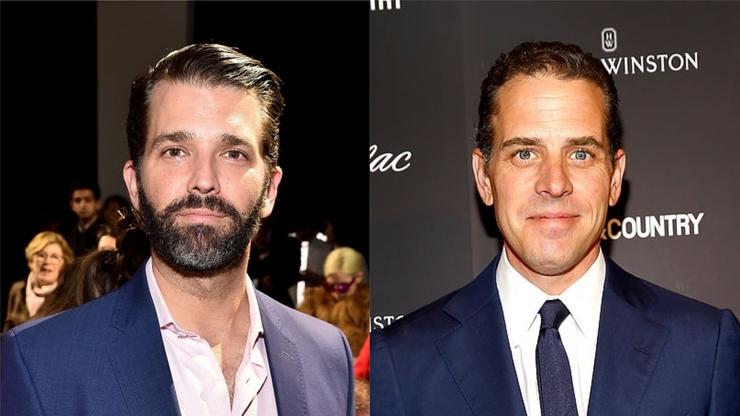 It looks as though drugs will remain a central topic within the 2020 Election.

Prior to the debate this week, Donald Trump asked for Joe Biden to take a drug test. According to Rudy Giuliani, the President believes that the former Vice President is addicted to Adderall and uses it as a performance enhancer for his speeches, which is something that Trump himself has been accused of.

During the debate, the topic switched from whatever policy the two candidates were discussing when Trump just started hammering away on Biden with jabs about his son Hunter, who he was forced to defend on the spot. Trump and his campaign have seemingly been having fun attacking the Biden family by bringing up Hunter Biden’s issues with addiction, which has now transferred onto the President’s children.

Donald Trump Jr. was a guest on the Glenn Beck Program where he spoke about Hunter Biden, referring to him as “Crackhead Hunter”.

“Hunter Biden now has a tie – a direct tie to Vladimir Putin and Russia,” said Trump Jr., seemingly referring to the allegations that his father made during the debate about Hunter accepting $3.5 million from the former mayor of Moscow’s wife. “And you don’t think they would use that over Crackhead Hunter? Like, you don’t think that we need leverage over Joe Biden later on in life? Same with China.”

He continued by claiming that Biden has never done anything of note in terms of investments, making the donation confusing. “No-one’s ever heard of Hunter Biden,” said Trump Jr. “He’s never been an investor, he’s never done any of those things. The Chinese government just gave him a billion dollars because, you know, they thought he was gonna be really good. Come on, man. It’s insane.”

What do you make of all this?