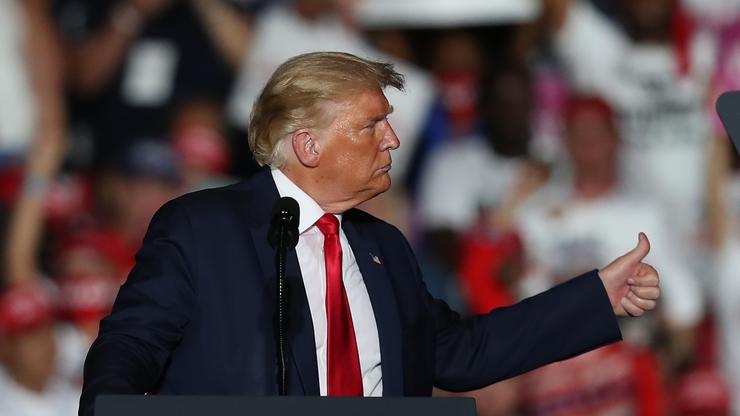 President Trump’s latest antic has rubbed a lot of people the wrong way.

Already bewildered by President Trump’s lightening-fast COVID-19 recovery, many Americans are further mystified as to why he would be dancing maskless on a stage while the country is, metaphorically and literally speaking, going up in flames.

At a campaign rally in Florida on Monday night, Donald Trump took to the stage to boast his newfound “immunity” to COVID-19, less than two weeks after his announcement that he and first lady Melania had contracted the virus. He then offered (or threatened) to kiss all of his notably maskless supporters in attendance, in another intended boast of his good health.

Trump then proceeded to dance to The Village People’s “YMCA,” which many found to be a graceless move, considering the ravaged state of the nation. As it currently stands, over 215,000 Americans have died due to COVID-19, a sky-high death toll relative to that of many other countries. Even in terms of per capita death rate, the U.S. ranks No. 8 in the world, which many feel is the result of President Trump’s failure to take precautions against Coronavirus earlier in the year despite knowing how severe the situation could become.

Trump ironically capped off the night by tossing facemasks into the crowd, despite not wearing one himself. Trump dancing on a stage while citizens of his own country struggle to pay rent, hold down jobs, and stay in good health struck many people as extremely tone-deaf as they hate-watched in awe.

Watch the video below.