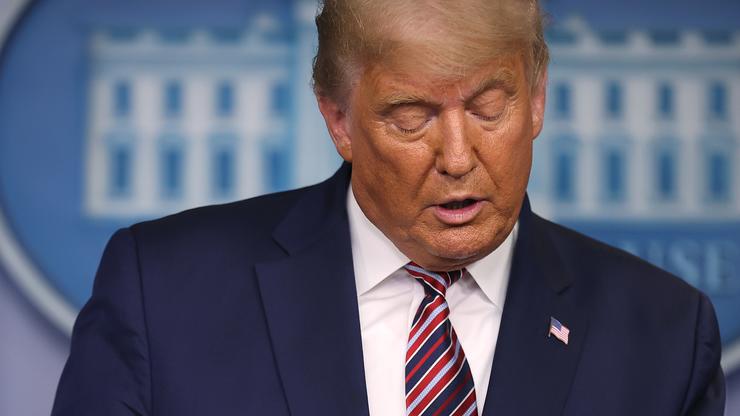 Today was not a good day for the President of the United States as he lost the Presidential Election to Joe Biden. Earlier in the day, big outlets like CNN, Fox, and NBC all decided to come together and declare Biden the winner of Pennsylvania as well as the winner of Nevada. These victories put Biden at 279 Electoral Votes which is more than the 270 necessary to take the White House. Despite the loss, Trump is refusing to concede the Presidency and is trying to challenge the results of the election, in court.

Trump actually found out about his loss while on the golf course this morning. Just a few moments ago, Trump finally made his return to the White House, and as you can see in the recently taken images below, he isn’t looking so good. While dressed in his golfing outfit, the President seemed to be on the verge of tears as a large group outside of the White House mocked his defeat.

Over the coming weeks, it seems inevitable that Trump will continue to fight the results of the election although with limited evidence, it doesn’t seem like there is much of a case to be made.

For now, those who supported Biden remain hopeful about his Presidency, especially the hip-hop community who took to social media with a plethora of reactions.