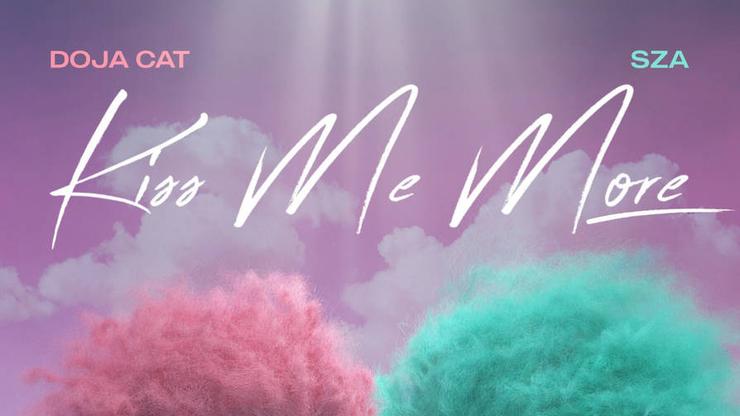 The sultry pop hit “Kiss Me More” by rap’s newest bubblegum princess and R&B’s favorite vocalist has outperformed the iconic duet, “The Boy is Mine.”

Doja Cat and SZA’s collaborative single “Kiss Me More” has been performing quite well. The disco-inspired single reached the No. 1 spot on Billboard’s Rhythmic Airplay chart and has racked up almost 200 Million views on YouTube. According to Chart Data, the song is now the longest-running all-female top 10 hit in Hot 100 history. The song is featured on Doja Cat’s third album, Planet Her, which was released on June 25th to raving reviews. “Kiss Me More” is her third No. 1 spot on Rhythmic Airplay and SZA’s first.

Back in April, the two beauties released a Warren Fu-directed video set in outer space. The intergalactic theme perfectly fits both Doja and SZA‘s unconventional personas and is one of the most creative visuals the entertainment has seen in a while. From soft colored sets which highlight various shades of pinks to the unique costuming and out-of-this-world CGI visuals, Doja Cat and SZA show that they indeed understood the assignment.  Grey’s Anatomy actor Alex Landi plays Doja’s leading love interest causing the internet to celebrate the rarity of a pop music video having an Asian romantic leading man.

Following the success of “Kiss Me More” Doja Cat released some new visuals. The latest Vevo-sponsored video came out in early July and was a stunning live performance of the track “Ain’t Shit.”

In terms of SZA-related news, the songstress is also gearing up for her highly anticipated forthcoming project as well. Though recently, she joked she was “actually probably about to scrap all of it and start from scratch.”

Watch the video for “Kiss Me More” below.