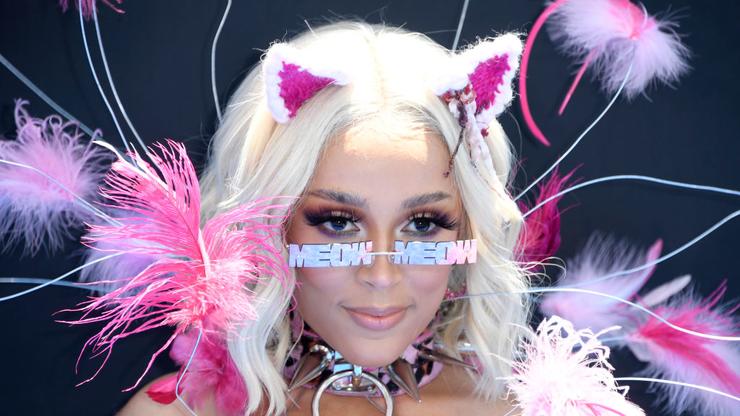 Doja Cat apologizes for a series videos that allegedly showed her in racist chatrooms.

Doja Cat is on the heels her first-ever #1 single with “Say So” but it apparently did not take long for her to get brutally canceled by the internet after a series old videos resurfaced online.

The first rule for any artist after they make it big should be to erase your entire social presence from the years prior. Anything can come back to bite you in the ass. Some it is warranted and, other times, it’s a reach. Fans were appalled when they found multiple videos Doja Cat on a video chatroom, allegedly speaking with racist alt-right white men and contributing to the rampant hared in the world.

A familiar hashtag, #DojaCatIsOverParty, trended promptly after the topic was explored on Twitter and now, the recording artist is breaking her silence to address the accusations anti-Black racism.

“I want to address what’s been happening on Twitter,” she wrote in a lengthy post on Instagram. “I’ve used public chat rooms to socialise since I was a child. I shouldn’t have been on some those chat room sites, but I personally have never been involved in any racist conversations. I’m sorry to everyone I fended.

I’m a black woman. Half my family is black from South Africa and I’m very proud where I come from.

As for the old song that’s resurfaced, it was in no way tied to anything outside my own personal experience,” she said about the track called “Dindu Nuffin” that popped up on the internet this week. “It was written in response to people who ten used that term to hurt me. I made an attempt to flip its meaning, but recognise that it was a bad decision to use the term in my music,” she added.

“I understand my influence and impact and I’m taking this all very seriously. I love you all and I’m sorry for upsetting or hurting any you. That’s not my character, and I’m determined to show that to everyone moving forward. Thank you.”

Do you accept Doja Cat’s apology or has she exhausted all her nine lives?