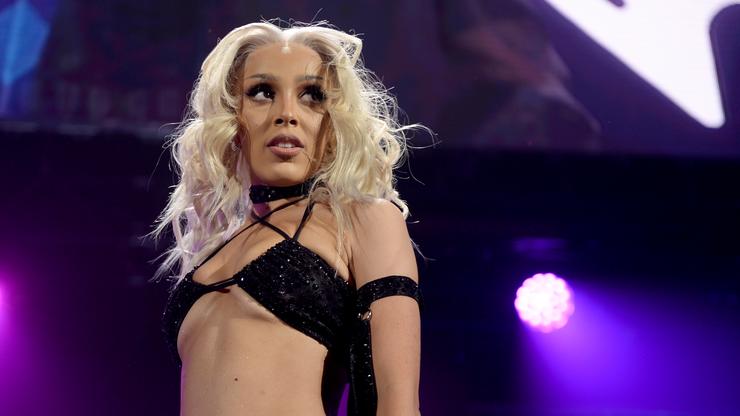 The award-winning artist revealed quite a bit in her recent interview.

The last few years have been a nonstop movement for Doja Cat. The social media star turned Pop icon has been thrust into the limelight and with each new release, the singer-rapper dominates. Award nominations have flooded in, chart-topping singles have taken over, and as Doja continues to break records, she’s also been revered as a personable artist.

Doja recently caught up with Rolling Stone for their January cover story and inside, she made a few revelations that surprised the public. First, she’s not a fan of her stage name.

“My image was the pothead hippie girl, and I’m not that,” she said. “[SNL] made a joke the other day that Doja Cat sounds like a Pokémon. And, you know, it didn’t hurt my feelings, but it definitely hurt my feelings.”

She also mentioned her record deal with controversial superproducer Dr. Luke. Kesha would accuse the hitmaking producer of sexual assault and dropped her lawsuit against Luke but he, in turn, sued her for defamation. Doja received criticism for working with him but now, she doesn’t have any future plans to collaborate with him in the future.

Later, Doja followed up that statement by backtracking a bit, stating that her “sensitivities in the past about certain people attributing my general success to the work of others — in particular, men… The credits on my music are accurate, and I don’t want to imply anything else.”