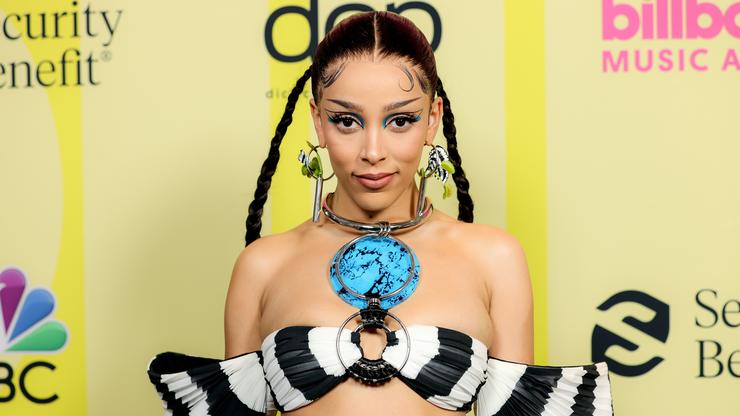 Doja Cat says that it would mean “everything” to her to win a Grammy in the rap category.

Doja Cat says that winning a Grammy in the rap category would mean “everything” to her, as hip hop purists often debate whether she should be considered a rapper. Her collaboration with Saweetie, “Best Friend,” had been nominated for Best Rap Song, earlier this year.

“The only person who should be rating hip-hop is an OG or somebody who is respected in hip-hop,” Doja told Elle for a new profile.

As for her love for rap, she explained, “When I was little, that’s kind of all I listened to,” mentioning Busta Rhymes and Lauryn Hill. “I’ve rapped since the beginning, and I really couldn’t even sing that well to begin with—I got a lot better. I use my voice as a tool to create these worlds, and it’s fine if people think that I can’t rap.”

One high-profile name to claim Doja isn’t a rapper is Remy Ma. Appearing on Drink Champs in March, the legendary rapper praised Doja for making “dope records,” but said her music shouldn’t go in the “rapper category.”

Later in the interview, Doja praised Nicki Minaj as one of her major influences. The two have collaborated previously on a remix to Doja’s “Say So.”

“I think her as a businesswoman really inspired me,” Doja told the outlet. “The way Nicki can carry herself felt almost alien to me, because I was kind of a little runty kid, trapped in her room, just watching YouTube videos. And back then I was like, ‘Damn, that’s dope.’”

Check out the cover for Doja’s Elle profile below.