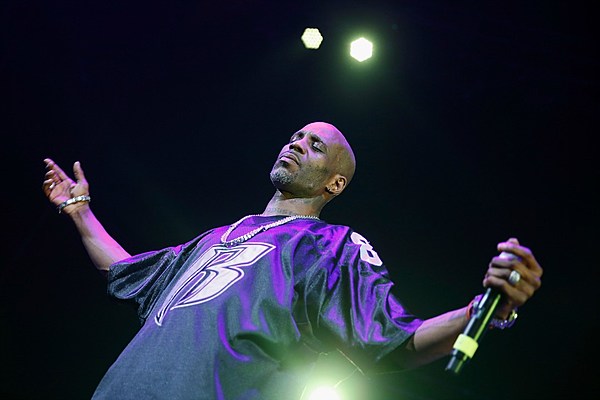 When he's not spitting some intense, hard-hitting rhymes, DMX is certainly known for delivering some deep sermons. The veteran rapper was seen preaching and buying shots for some customers, as well as himself, inside a Chili's bar at a St. Louis airport Monday night (Jan. 22).

In the clip provided by TMZ, X talks about how meaningful his relationship with God is, and tries to encourage others to believe his words. The Yonkers, N.Y. native, who's currently in rehab for substance abuse, performed at a concert with E-40 in St. Louis the night before (Jan. 21). X's rehab program allows him to travel for work purposes, but drinking alcohol may or may not be allowed as part his program.

The rapper's lawyer, Murray Richman, is surprised that he was consuming alcohol, being that he was supposed to be accompanied by his sober coach.

Despite the potential controversy behind the video, DMX appears to be in great spirits, as he has a blast while engaging about God with people in the airport bar. This is far from the first time that the hitmaker has been captured spewing spiritual and religious rants in public spaces, as X tends to lead prayers during his performances.

Hopefully this footage doesn't incriminate the New York MC, as he still has some legal woes to deal with. Last year, he was hit with tax evasion charges $1.7 million, and faces up to 44 years in prison if he's convicted on all 14 counts tax evasion.

Check out the footage DMX preaching about God while giving out shots in a St. Louis airport below.