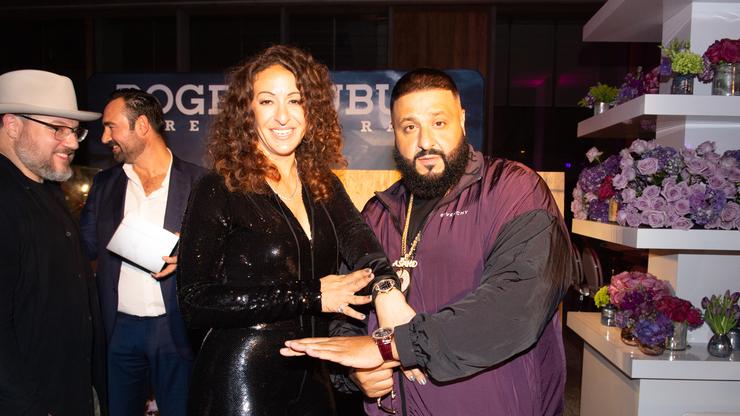 “A life for a life,” she wrote the judge.

Tragedy struck the family DJ Khaled and Nicole Tuck in 2018 after Nicole’s brother, Jonathan Tuck, was murdered. The 25-year-old father a one-year-old daughter was reportedly found inside  a Bronx apartment with a gunshot wound to his face. Detectives would later learn that Jonathan’s shocking death with the result a robbery after prosecutors said four men stormed a drug dealer’s apartment. Jonathan was reportedly there just to pick up a small amount weed.

One the men, 22-year-old Richard Jimenez, made claims that he only meant to pistol-whip Jonathan. According to Jimenez, the gun accidentally went f during the assault and while Jonathan was found unconscious, he would later die at a local hospital.

During his sentencing hearing this week, a letter from Nicole was given to the judge in the case, Eguardo Ramos. In it, she pleaded for Jimenez to receive the maximum sentence and said, “a life for a life.” The 44-year-old mother shared that her parents wouldn’t be attending the hearing because the pain still runs too deep, and Nicole herself wouldn’t make it because she was nearing her ninth month pregnancy.

“We do not agree to any leniency in sentencing,” Nicole wrote, adding, “We do not ever want to see the face the person who took our loved one away.” Jimenez cried heavily as he was sentenced to 20 years in prison and fered up an apology. “I would do anything, anything to bring him back” noting that “the guilt and pain is eating me alive.” He added, “Sorry to everybody. I’m sorry.”

The thieves ran from the scene following the shooting leaving Jonathan to die and only made f with $100.