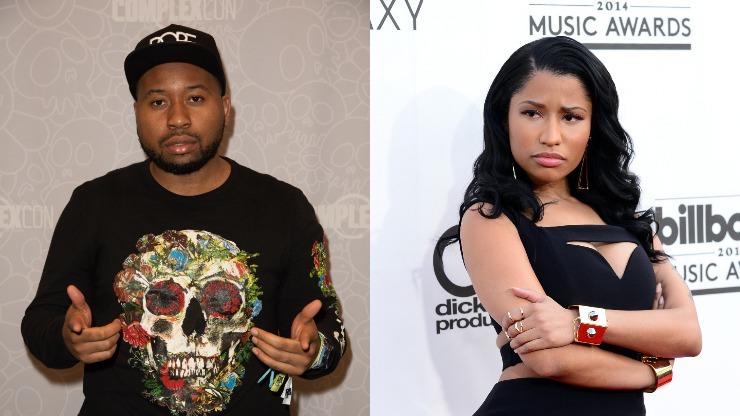 He’s been aggressively coming after the rapper.

In what has turned into the most unlikely hip hop-related beef, DJ Akademiks and Nicki Minaj‘s tit-for-tat seems to be ongoing. We’ve recently reported on the four-hour-long video Akademiks recorded live on his Twitch account where he detailed the evolution the animosity between himself and the Queen rapper. Akademiks has continued to read f messages allegedly sent to him by Nicki with threats physical violence.

“Nicki’s having a breakdown,” he said. “She’s at the point where the shoe that nearly connected with her dome that was thrown by Cardi B] got her out whack. She’s now threatening bloggers. I thought Nicki wanted to have a conversation, or at least bring me to Queen Radio to defend my cocks*cker the week.”

The social media star resurfaced on his Instagram page with a teasing video clip where he shows f a pair kicks and laughs at Nicki’s expense. In the video, he said he stopped by the Complex fices and told them that Nicki, her goons, and her fans are after him, and instead arming him with security, all Complex gave was a pair shoes. He’s asserted that he’s not worried about anything that Nicki or her fans have to say, and he’s definitely not fearing for his safety. Check out the clip below.