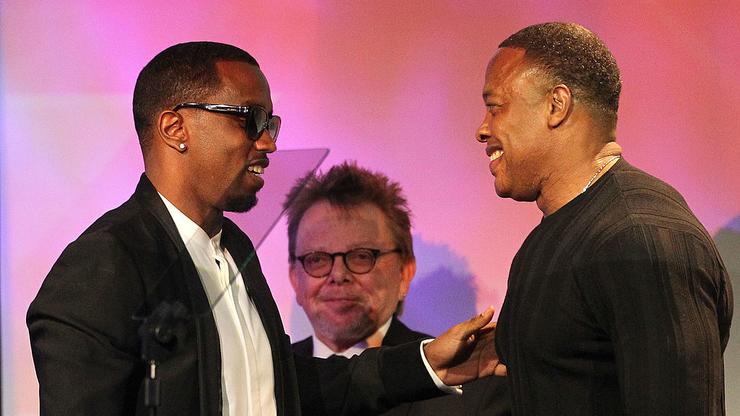 Diddy‘s accomplished many things in 30 plus year career. He’s worked with nearly every chart-topping artist and producer from the 1990s to the 2020’s. But one lifelong dream he’s had since being an aspiring, young mogul in the music game was to work alongside Dr. Dre. When asked who he’d want to go up against in a Verzuz battle, Puff was adamant that Dr. Dre was the only component fit to challenge him. “Only person I would do is dre,” he commented.

Though a Dr. Dre and Diddy Verzuz is not likely to happen, the Bad Boy exec did get a chance to work alongside the legendary producer, making one of his “biggest dreams” come true. On Tuesday, Diddy shared the exciting moment, writing, “Yesterday, one of my biggest dreams finally came true. I remember the first time I heard @DrDre’s production. It gave me clear direction on the level of Producer that I wanted to be. Last night, I got the chance to work with this man and to see his genius as he coached me through vocals.”

The iconic session was enough to inspire the “Gotta Move On” star to level up his production skills. “He reminded me of myself, but with a different style and way more focused. I gotta step my focus up! lol But it was a great experience and I thank God for it. I hope one day ya’ll get to have the same experience with someone that you always looked up to as a hero,” Diddy shared.

Dre has been spotted in several studio sessions in recent months, including two with Kanye West. He also made his way on to DJ Khaled‘s God Did album, producing the remix of Ye’s “Use This Gospel” featuring Eminem. Khaled said of the collab, Look, produced by Dr. Dre & ICU, this is a gift, this is a gift from Kanye, Dre, and Eminem. This is a gift, not just to me, to the world.”