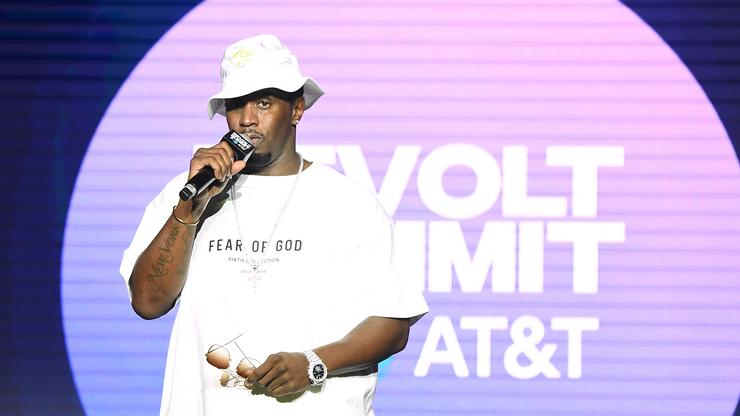 Eminem found himself in some hot water today after the original version his verse Conway’s “Bang” emerged. The leak included a few jabs at the media, including Diddy‘s Revolt and Joe Budden. Now, it’s no secret that there’s been tension between Joe Budden and Em since the Slaughterhouse days. That’s carried on throughout Joe’s transition from rapper to media personality, and we all know how Em feels about the media, even though he owns his own satellite radio station. But perhaps Budden’s connection to Revolt is why Eminem’s big mad in the first place.

“Shout to Puffy Combs, but fuck Revolt/ Y’all are like a fucked up remote/ Now I get it why our buttons broke/ Cause you pressing him but do nothing though, especially when it comes to punches throne,” Em raps on the leaked track.

Revolt didn’t mince their words in their response. “Fuck you too Eminem,” they said in response on both Twitter and Instagram. “Back to our regularly scheduled program,” they captioned their IG post with an emoji a Black fist.

At this point, we haven’t heard much a response from Joe Budden. However, shortly after Revolt’s tweet, Joe Budden, who hosts State Of The Culture on Revolt, tweeted, “Joe loves everybody.”

We’ll let you know if Eminem ever responds but it’s doubtful.