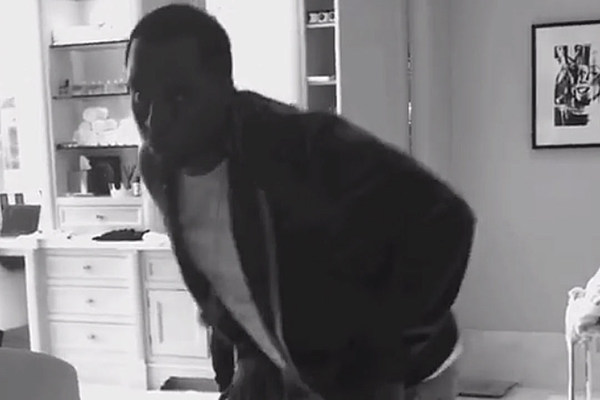 Cardi B has been breaking records and topping charts for months now, but it appears she’s recently won the support one hip-hops OGs: Diddy.

It appears Diddy was promoting more than just his dance skills with his caption, which reads, “This is my Friday MOOD!!! Let’s dance!! #BlueDot is Gluten free #NoFlavor.

Blue Dot is in reference to Diddy's famous vodka brand Ciroc, which, including his other investments, has skyrocketed the entrepreneur’s net worth to $820 million in 2017.

It’s unclear if Cardi has seen the post yet, since she hasn’t commented or posted any video in response on social media.

Both the New York rappers both certainly have a lot to celebrate. Cardi B recently inked a movie deal, released a documentary about her life on Tidal, and found out last week that she is the first woman ever to have five simultaneous hits on the Billboard top 10 Hot R&B/Hip-Hop songs chart. She’s only the third person in history to accomplish this feat, and ousted Beyoncé with the record-breaking achievement. “Finesse (Remix),” which has apparently made Diddy’s weekend playlist, is among those five singles.

Diddy’s secrets to success seem to have been passed down to his children as well. His son King Combs has been signed with IMG models, and recently walked the runway for Dolce & Gabbana at Milan Fashion week.

Check out Diddy showing us he’s still got the moves below.