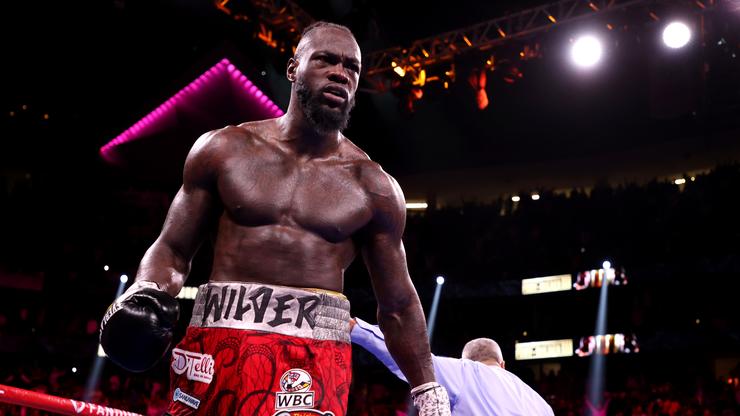 Deontay Wilder was a warrior last Saturday as he took on Tyson Fury in what proved to be an all-time great Heavyweight fight. In the end, Fury came away with an 11th round knockout that was heard around the world. After the fight, Wilder had no interest in congratulating Fury, which is something that the winner found to be in bad taste. Regardless, the two have always had bad blood, so this shouldn’t have come as much of a surprise.

This past week, it was revealed that Wilder actually suffered a broken hand in his fight. He will now have to wait until next summer to get back in the ring, which is certainly going to be a highly-anticipated event. In the meantime, Wilder is changing his tune on Fury, as he recently took to IG with some kind words for the fighter, as well as an update on his current midset.

“Wow, what a hell of a night! I would like to first and foremost thank God for allowing me to give the world another part of me that’s driven with passion and determination. I would like to thank my team and my fans for sticking by my side through this long process. I would be lying if I said that I wasn’t disappointed in the outcome but after reflecting on my journey, I now see that what God wanted me to experience is far greater than what I expected to happen. We didn’t get the win but a wise man once said the victories are within the lessons. I’ve learned that sometimes you have to lose to win. Although, I wanted the win I enjoyed seeing the fans win even more. Hopefully, I proved that I am a true Warrior and a true King in this sport. Hopefully, WE proved that no matter how hard you get hit with trials and tribulations you can always pick yourself up to live and fight again for what you believe in. Last but not least I would like to congratulate @gypsyking101 for his victory and thank you for the great historical memories that will last forever.”

The Wilder vs. Fury trilogy has been special to watch over these last few years, and there is no doubt that both fighters can continue to thrive, regardless of what’s happened. Fury is probably looking at a unification fight for the Heavyweight titles, while Wilder can build his confidence back up with some unique fights. Perhaps a bout against Anthony Joshua could be in his future.

Let us know who you think Wilder should fight next, in the comments section below.