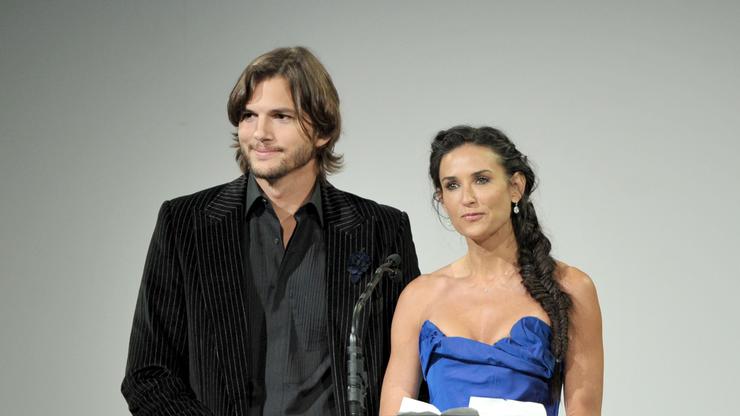 Ashton used it as an excuse to cheat later.

Demi Moore and Ashton Kutcher were married from 2005-2013. Their relationship ended, in part, due to Kutcher’s infidelity. As reported by Page Six, Moore will dive into the details the breakup in her new book Inside Out which launches next week. According to the report, Moore allowed two threesomes to occur during her marriage to Kutcher. She claims that she only wanted to please Kutcher, but she now believes that doing so was a “mistake.” “I wanted to show him how great and fun I could be,” she writes in the book according to Radar. Moore also writes that in 2010 she saw reports claiming Kutcher met a 21-year-old woman while bowling with Moore’s daughter Rumer Willis, and cheated on her in his marital home while Moore was out town filming a movie.

When Moore confronted Kutcher, he brought up their threesomes as a defense.“Because we had brought a third party into our relationship, Ashton said, that blurred the lines and, to some extent, justified what he’d done,” she admits. Moore also claims her ex-husband cheated on her before their separation in 2011 while at his former That 70’s Show co-star Danny Masterson’s bachelor party. We’re sure more tea from her book Inside Out will hit the web when the book drops.