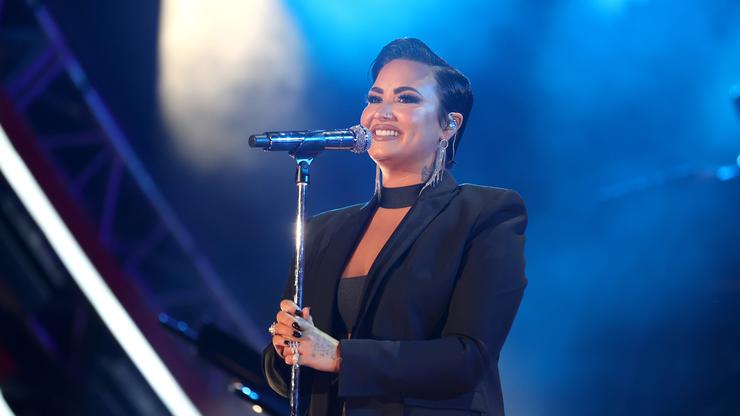 The public was swift to jump on Lovato after they claimed “aliens” is a derogatory term to beings on Earth and beyond. Yes, seriously.

In recent months, Demi Lovato has gone viral for their often questionable remarks. Whether it be about pop culture, their personal experiences, being “California Sober” following a near-fatal overdose, or debating whether or not they’ll one day identify as trans, Lovato has repeatedly gone viral following an interview or social media post.

Today (October 11), the singer was once again stealing attention over a brief moment during their interview with E! News’ The Rundown. Host Erin Lim question Lovato about having an unreleased song titled “Aliens.”

Quickly, Lovato corrected Lim and denied the track’s existence while also offering that the term “aliens” is offensive. It has widely been accepted that undocumented immigrants from other countries should not be referred to as “aliens,” but Lovato took things a bit farther.

“I do not have a song called ‘Aliens,’ they said, adding that “it sounds cool.” Lovato is a believer in life outside of Earth and is said to have had contact with beings from Outerspace. They stated, “My fans should know that I do not call them aliens, because ‘alien’ is a derogatory term for anything, even extraterrestrials, which is why I call them ETs.”

This revelation was met with a general sense of confusion from the public who did not mince words when giving their commentary on social media. Check out a few reactions below.