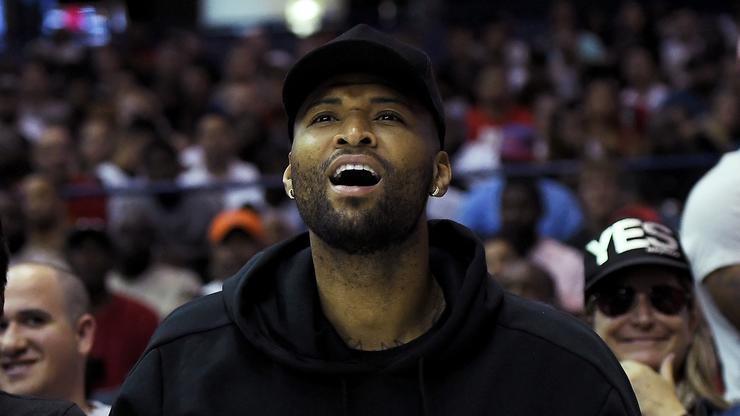 DeMarcus Cousins was recently waived by the Los Angeles Lakers.

DeMarcus Cousins had all the promise in the world this summer after he was signed by the Los Angeles Lakers. With a history injuries, the Lakers were able to get Cousins on a bargain deal although unfortunately, things went south very quickly. Cousins suffered an ACL injury while playing at a local gym before the season even started. Cousins hasn’t played a single game this season and is still trying to rehab his leg. Over the weekend, it was revealed that Cousins would be waived by the Lakers in order to make room on their roster.

According to Joe Vardon The Athletic, this doesn’t exactly spell the end Cousins’ tenure in Los Angeles. The move was simply made out necessity to add some depth heading into the playfs. Despite this, the Lakers and Cousins are reportedly still interested in reuniting in the summer when the latter recovers from his injury. Meanwhile, Cousins’ former teammate Alex Caruso admitted to Vardon that Cousins has been great in the Lakers locker room.

“DeMarcus has been here rehabbing and been a great member this team behind the scenes that nobody gets to see because the only thing he can do is be a good teammate and travel, and show up to every game and have a good attitude,” Caruso said. “And he’s done that and been one the best teammates as far as just keeping everybody’s energy high and not too low.”

Immediately after waiving Cousins, the Lakers replaced him with Markieff Morris who was recently bought out by the Detroit Pistons. Based on this move, it’s clear the Lakers are looking to stock up for the postseason.