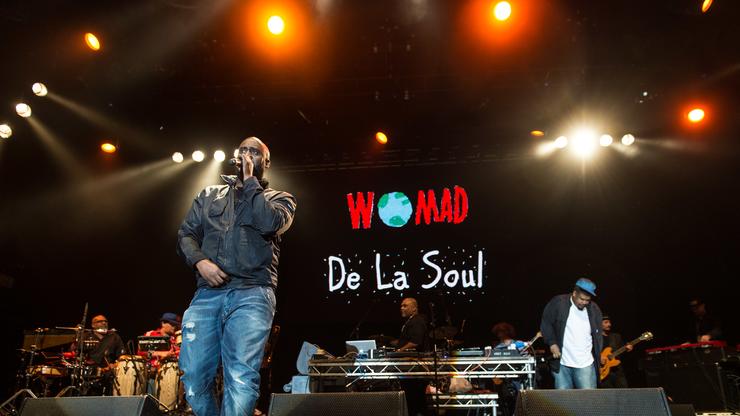 Hip-hop trio De La Soul struggles to get clearance for their “3 Feet High and Rising” album even after getting a soundtrack placement on “Spider-Man: No Way Home”.

Hip-hop pioneers De La Soul have struggled for years to get their music on DSPs and now that they have landed a spot on the biggest movie of the year’s soundtrack, fans are in an uproar that the trio’s catalog is still unavailable for streaming. Their song “Magic Number” from the album 3 Feet High and Rising album appears during the end credits of Spider-Man: No Way Home. Of course, fans rushed over to Apple Music, Spotify, and Tidal to stream the record but were surprised to see that the only De La Soul albums available for streaming are The Grind Date and The Anonymous Nobody.

De La Soul has put out timeless hits but most fan favorites are on their 3 Feet High and Rising album. The album came out early in their career under Tommy Boy Entertainment but due to an extensive amount of sampling, the album is unavailable for streaming. Over the course of six projects under Tommy Boy, the group used hundreds of samples – 3 Feet High and Rising contains 60 samples. Though Tommy Boy was able to clear a significant amount of samples from the album, the clearances were only useful for physical copies of the project. Streaming the album would bring the potential for a wave of lawsuits.

While the trio has offered to do the clearances themselves with the help of volunteers, they have received nothing but pushback from Tommy Boy. Earlier this year, De La Soul reclaimed their masters after Reservoir Media bought out Tommy Boy for $100M, but the age of the tracks and copyrights could add on years to getting those samples cleared.

While they were able to get clearance for “Magic Number”, inspired by Bob Dorough’s “Three Is a Magic Number”, there is still a lot of work to be done before fans can enjoy 3 Feet High and Rising.