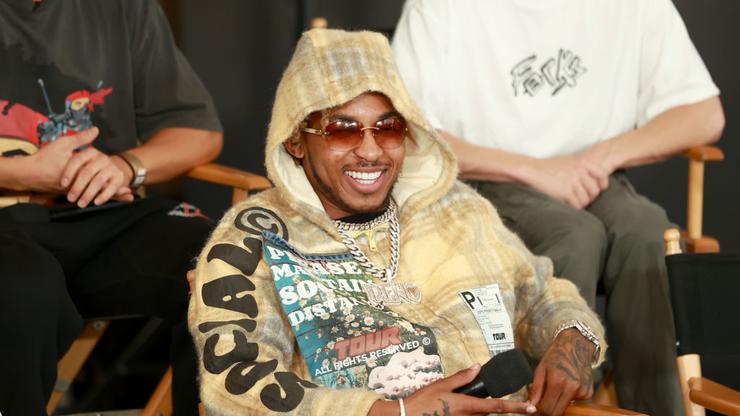 DDG is the first rapper to complete the viral #CrateChallenge.

Everyone is participating in the crate challenge right now, but not many have actually succeeded at the viral craze. If you’re not in-tune with what’s been happening in the last few days, people have been stacking up milk crates in a pyramid formation and attempting to walk across them, and most people have wiped out in the process. We watched YK Osiris nearly break his neck as he tried out the trend, but we’ve officially witnessed the first rapper to actually complete the challenge… and it surprisingly was not Soulja Boy!

DDG has stepped into the boxing ring, released hit songs, and now, he can say that he’s the first rapper to complete the viral #CrateChallenge. As his homies filmed him, the “Moonwalking In Calabasas” artist showed off his slick footwork, balancing his weight perfectly and avoiding a nasty fall with each step on the crates. He took his time, completing the challenge in approximately three minutes, but it’s the fact that he finished successfully that’s the most impressive.

“Ghetto Olympics,” captioned DDG on his video post, adding a gold medal and a laughing emoji.

Snoop Dogg recently posted his own take on the challenge, asking to find the influencer who started the trend as he’s been fascinated by the clips. We’re wondering what he’s thinking about DDG completing the challenge.

Watch him win the trend below.