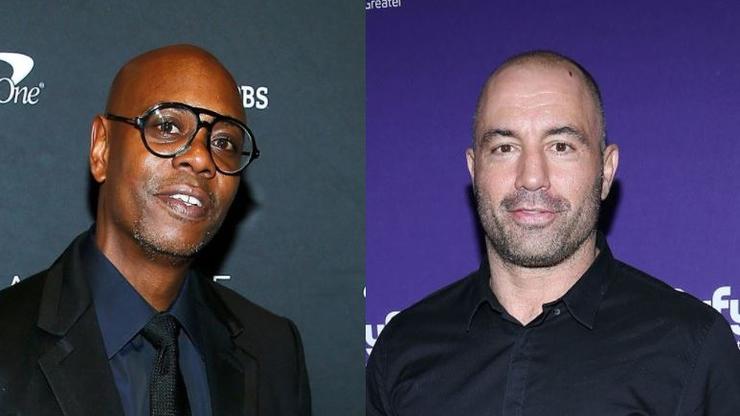 While on “The Joe Rogan Experience,” Rogan slipped and shared that he and Chappelle are planning “a bunch of shows.”

It’s been quite the day for Dave Chappelle. After the comedian complained that he wasn’t being paid by ViacomCBS for Chappelle’s Show on Netflix, the streaming service pulled the sketch comedy classic from airwaves. “I called [Netflix] and I told them that this makes me feel bad. And you want to know what they did? They agreed that they would take it off their platform just so I could feel better.”

Chappelle has completed a number of specials for Netflix and their working relationship seems to be a good one, so it doesn’t come as a surprise that they wanted to accommodate his request. Aside from that controversy, it looks as if Dave Chappelle has a stream of live performances coming up with Joe Rogan, as the podcast host revealed just as much on his show, The Joe Rogan Experience.

While tossing back a few shots with fellow comedian Tom Green, Rogan slipped and let the cat out of the bag. “I shouldn’t probably say this on the show but I’m gonna anyways cause we’ve been drinking,” Rogan began. “Dave and I are gonna do a residence here [in Texas]. We’re gonna do a bunch of shows here.”

Green was excited and wanted to know if he could get a few minutes on stage at one or more shows. “F*ck yeah!” replied Rogan. Chappelle has reportedly been hosting social distancing shows on his property in Ohio, so to hear that the comedian will hit the stage for a residency in Texas isn’t surprising. Check out Tom Green and Joe Rogan chatting below.