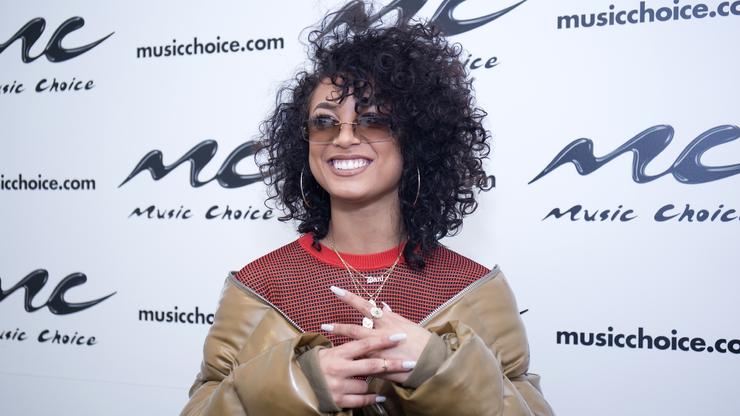 The Def Jam singer has been enjoying her new role as a mom and it looks as if she’s making some life changes, starting with social media.

Motherhood seems to be suiting DaniLeigh well as the singer has ushered in a new chapter in her life. Months ago, DaniLeigh gave birth to her little bundle of joy and welcomed her baby girl into the world. It seemed as if she tried to keep her pregnancy private for as long as possible, but when photos were leaked online, the news spread like wildfire.

DaniLeigh has been the subject of trolls and critics throughout her career, but when she and DaBaby shared that they were in a relationship, their romance became a regular fixture on trending topic lists. The on-again-off-again romance hit a snag or two, and when Dani confirmed she was with child, the Movie artist decided to keep the identity of the child’s father close to the chest.

However, that has not stopped fans from jumping online with their two cents as many have speculated that DaBaby is indeed the father. Whatever the truth may be, they are both not sharing the information with the world, but DaniLeigh has revealed that she is making a few changes with how she navigates her following list.

The singer reemerged on her Instagram Story where she shared that she no longer follows anyone, friends and family included.

“Sorry I has to unfollow everyone to focus on myself,” she wrote over a glowing selfie. “Love y’all tho [white heart emoji][fingers crossed emoji].” This self-reflection arrived on the one-year anniversary of her visual album Movie. Check out DaniLeigh’s post below.