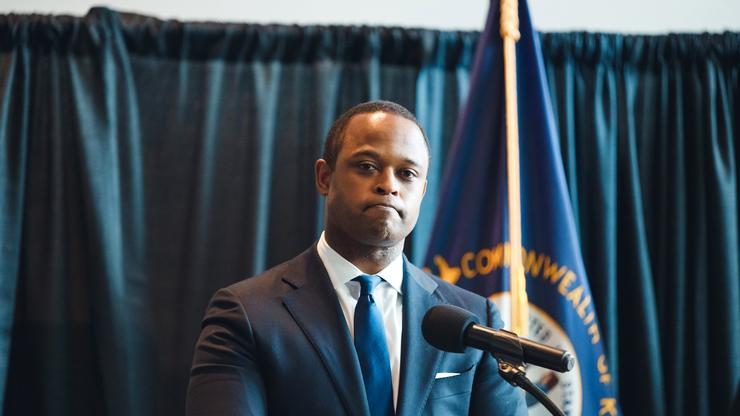 The Kentucky Attorney General responds to allegations that he didn’t properly show evidence to the grand jury.

The March shooting death of Breonna Taylor hasn’t ceased in making headlines as people continue to call for justice in her case. It was announced that only one of the three police officers involved in the no-knock warrant shooting would face charges, and even then, Brett Hankison was charged with wanton endangerment for firing his weapon aimlessly. Following the grand jury’s indictment, Kentucky Attorney General Daniel Cameron was urged to release the presentation he made in order to prove that all facts were shown to the jury. Since that time, Breonna Taylor’s family, a well as the public, have criticized the Republican politician for allegedly improperly handling the case, and on Monday, Daniel Cameron responded to the allegations through his representative.

“Our office was asked to appoint a special prosecutor because of a conflict of interest by the Commonwealth’s Attorney, who at the time, was pursuing the prosecution of [Breonna’s boyfriend] Mr. Kenneth Walker,” Elizabeth Kuhn, a spokeswoman for Cameron, told NPR. “The law allowed for the Attorney General to appoint a prosecutor from another jurisdiction to oversee the case, but given the importance of the case and the resources required to complete the investigation, the Attorney General’s Office of Special Prosecutions proceeded with handling the investigation and prosecution.”

After the grand jury presentation was released, the family of Breonna Taylor accused Cameron of having a biased approach. Through their attorneys, the family reportedly asked for the case to be reopened with another special prosecutor who would have a more objective outlook.