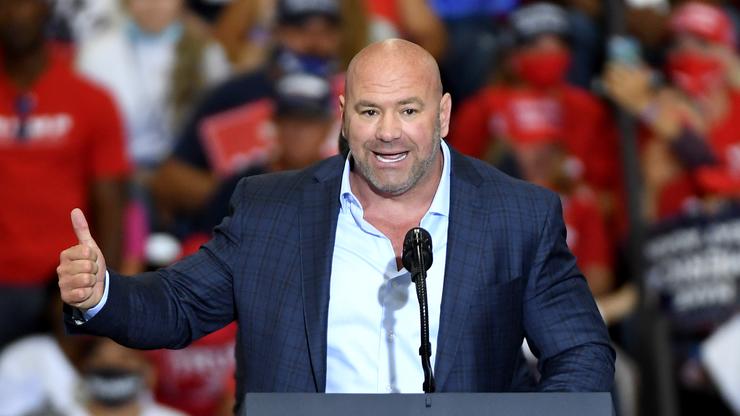 Dana White is still holding out hope that Khabib comes back.

Just a few weekends ago, Khabib Nurmagomedov defeated Justin Gaethje at UFC 254 in a dominating fashion. It was a massive victory for the fighter who is now considered to be among the best to ever step into the Octagon. However, unfortunately for the fans, Khabib announced that he would be retiring from the sport and he remained adamant that he would never come back, as he is making a promise to his father and his family.

During a recent interview with TMZ, Dana White held out hope in relation to Khabib as he explained that he wholeheartedly believes the fighter was simply emotional after his win and that in a few months, he will want yet another shot at glory.

“If I had to make a bet — and I’m a betting man — I would bet he does [return]. So, yeah, I think he will,” White said. The UFC President also noted that Conor McGregor, Dustin Poirier, Tony Ferguson, and Michael Chandler are all fight soon, and could prove to be worthy challengers for Khabib. “We’ll see how all these things play out here … One of those guys would definitely be in for the fight.”

For all of the UFC fans out there, McGregor would certainly be the most intriguing matchup, especially when you consider how McGregor has been jonesing for a rematch for quite some time. If McGregor defeats Poirier at UFC 257, perhaps it could very well happen.