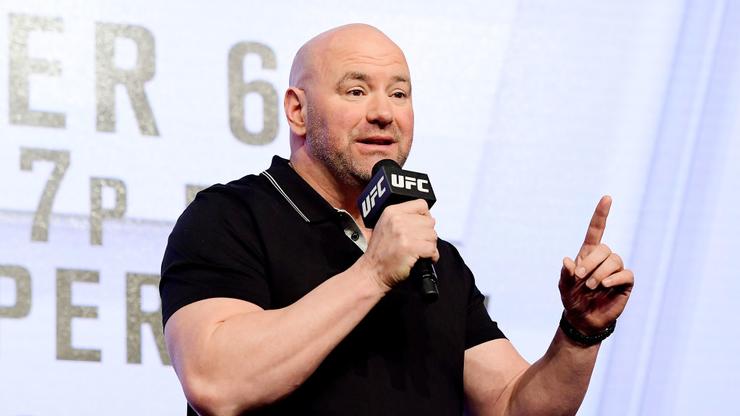 After Jake Paul disrespected Dana White and Conor McGregor in an antagonistic challenge, the UFC President hit the YouTuber-turned-boxer with a counter-offer.

Jake Paul, love him or hate him, has captured mass attention following his swift and decisive knockout victory over Nate Robinson. Seemingly emboldened by the vicious win, the second of his still-young career, Paul appears ready and willing to start calling out names. In fact, he recently unleashed a scathing takedown of the legendary Conor McGregor, disrespecting the Irish fighter’s wife and alluding to some of his darker moments in the spotlight.

“I know you’re probably beating up old dudes in a bar right now, or probably jacking off cause you’re sick of fucking your wife,” taunts Paul, draped in an Ireland flag. “I mean, she’s a four Conor, you can do better.” He claims that his team sent him a fifty-million dollar offer, which he implies was rejected by McGregor’s team. “Dana White, you’re a fucking bald bitch,” says Paul, shifting his ire to the UFC President. While many have been wondering if and when McGregor or White would issue a response to the YouTuber turned Boxer, it would appear that White has finally taken the bait.

In fact, Dana took the opportunity to present Paul with a counteroffer. Speaking with TMZ (as reported by CinemaBlend), White responded by saying “I’m thinking of letting Amanda Nunes knock his ass out.” Nunes, a formidable fighter boasting a record of 20-4-0, gleefully relished in the opportunity of squaring off with Paul. “I’m in!” she wrote, in response to the initial report. However unlikely it is that White actually arranges anything Jake Paul-related period, it’s interesting to see how adamant Paul is about squaring up with McGregor in the first place. And amidst all the shit-talking, it’s curious that he expects McGregor to switch to boxing without even remotely considering stepping into the Octagon.

Do you respect Jake Paul for shooting for the stars? If so, be sure to check out our official interview with the boxing upstart right here.