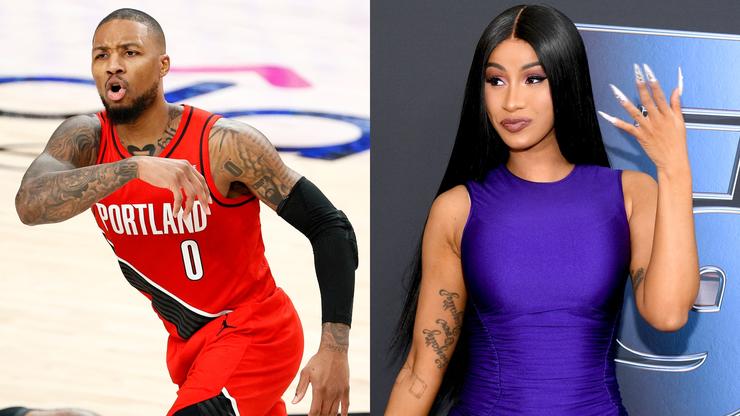 Cardi B didn’t know what she was getting herself into.

Cardi B is a megastar who has accomplished a lot in her young career. From Grammy’s to festival stages, Cardi has done it all although there are certainly some things that she is trying to scratch off of her bucket list. As it turns out, one of those things is learning how to play basketball. Many got to play basketball as a kid although not everyone had the athletic itch in their youth. Cardi was among those who opted to skip out on the sport when she was young although now, she wants to learn. In fact, the process was recently documented in a new Facebook show called “Cardi Tries Basketball.”

In this new show, Cardi decided to enlist the likes of Damian Lillard, who is a superstar in his own right. In the clip below, Dame brings Cardi to one of his training camps where he is surrounded by some kids, who are also learning the game. As you can tell, Cardi was a bit apprehensive to be in this environment.

Eventually, Cardi embraces the challenge as Dame puts her through her paces. Throughout the episode, Cardi learns all of the fundamentals of basketball, including dribbling, passing, and even shooting. While it takes Cardi a while to get the hang of everything, it’s clear that she enjoyed herself quite a bit.

Check out the new shoe above, and let us know what you think of Cardi’s skills.