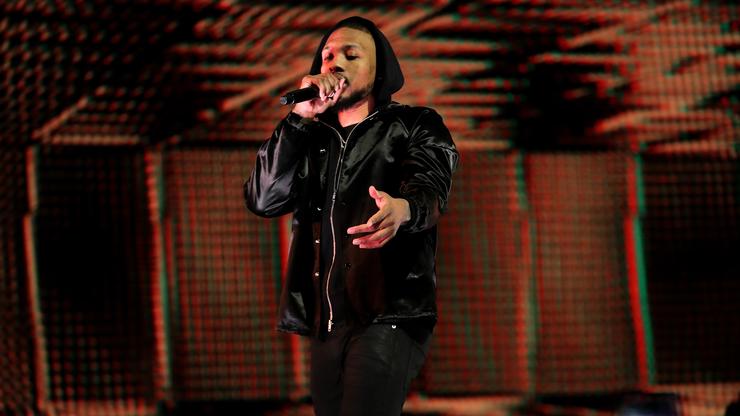 Damian Lillard is recording new music while inside the NBA bubble.

Portland Trailblazers star Damian Lillard says he is working on new music while inside the NBA bubble in Orlando. He told ESPN that he compares his work as Dame D.O.L.L.A. to that Donald Glover as Childish Gambino.

“That’s the point I want to get to,” he said. “I admire him with how he’s established himself into two different lanes. People respect him in each lane. That’s my goal.”

Under the pseudonym, Childish Gambino, Glover has won multiple Grammys.

Despite the strict lockdown conditions for the NBA bubble, Lillard is still working on new music. The renaissance man has brought a microphone, headphones, and laptop equipped with recording stware to complete a setup he describes as “simple,” but will get the job done.

“I saw people saying that there would be complaints him recording music, but I don’t have any speakers. Everything is in the headphone speakers,” he said. “I’m rapping out loud, but not screaming to the top my lungs. Nobody is going to hear me rapping.”

Lillard is fresh f new music. Friday, Dame D.O.L.L.A. dropped his newest single, “Home Team,” a track that pays homage to the people that have stuck by his side for the long run. Check it out here.