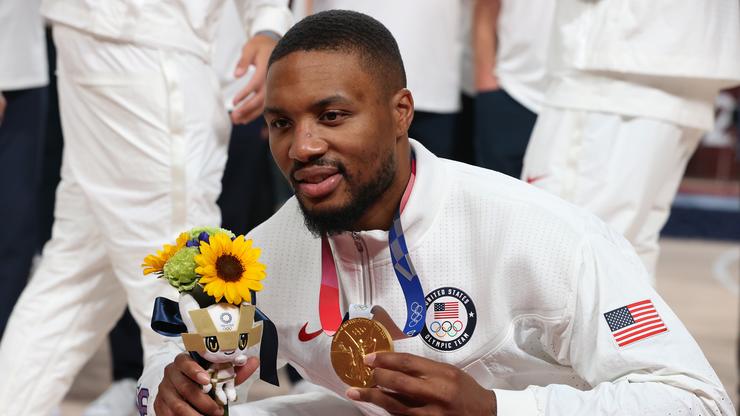 Damian Lillard is a married man! The Portland Trailblazer was wed to his fiance Kay’la Hanson in a low-key ceremony. The couple got engaged right before the start of the pandemic, in February 2020. Almost a year later, in January, the couple welcomed twins, a girl named Kali and a boy named Kalii. Their first child, Damian Jr., was born in March 2018. Now, Dame has made the mother of his children his wife.

Of course, teammates and friends CJ McCollum, Evan Turner, Tim Frazier, and Jake Layman were all in attendance. Jusuf Nurkic was in Europe, and flew in just for the wedding.  Snoop Dogg, Common, and Tevin Campbell all performed for the event as well.

The six-time All-Star has spent his entire career with the Blazers. There have been rumors that Dame would leave, but he still hasn’t. The dedicated Blazer has been with the team since being selected with the sixth overall pick in the 2012 NBA draft. Dame most recently helped Team USA secure the Gold Medal at the 2021 Olympics in Tokyo. It’s amazing to see Dame settling down and enjoying his life as a husband and father. Much love.