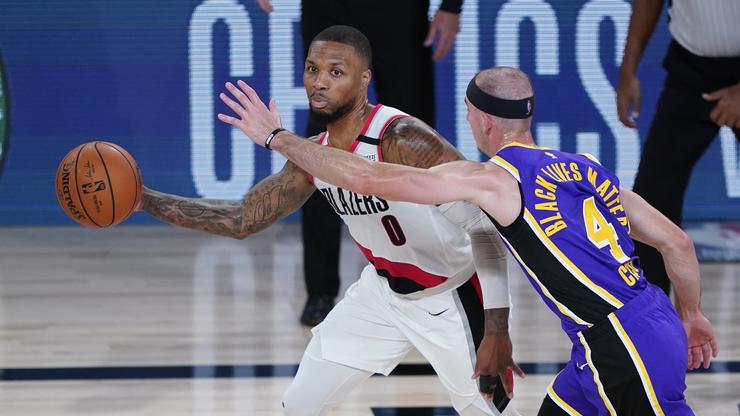 LeBron James is always the source of unwarranted hate.

LeBron James is one of the greatest basketball players of all-time. Despite this, he has been hit with a ton of criticism over the years. Some say he isn’t a clutch enough player, while others believe his championship rings deserve an asterisk because he had to leave the Cleveland Cavaliers to get them. Whatever you may think about James, one this is clear: is one of the best to ever do it. Even if this fact annoys people, it’s becoming more and more difficult to deny it, no matter how hard you may try.

After some recent comments from the likes of Kyrie Irving, some fans have been delivering even more slander to LeBron, and players around the NBA just don’t understand it. Among those players is none other than Damian Lillard, who took to Twitter last night saying “shit really crazy tho” when commenting on a tweet about the recent LeBron critiques.

Lillard has always made it a point to show love to LeBron in the past, and it’s clear he feels like the recent wave of critique is unjustified. In the first round of the playoffs, Lillard got to experience LeBron’s greatness first hand as the Lakers superstar led his team to a 4-1 series win.

With LeBron in the NBA Finals right now, it has become apparent that some people have an agenda when it comes to bringing down a legend.