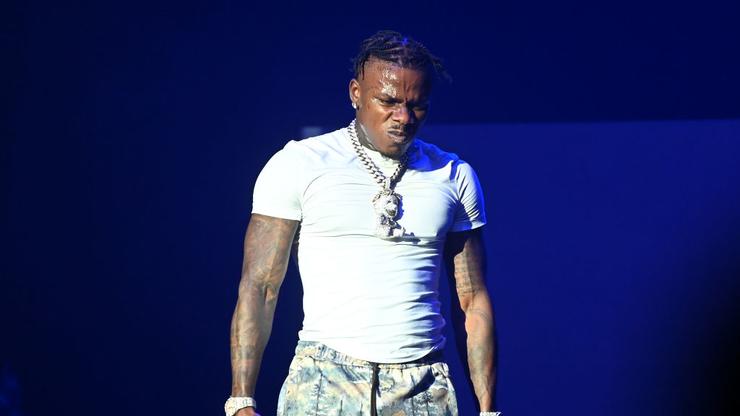 The video dates back to May of last year when the “Babysitter” artist and his entourage were involved in a shooting that sent two people to the hospital.

Just days after DaBaby explained his side of the story from a shooting incident that occurred between him and an intruder earlier this year, the Miami Beach Police have unveiled a video from the rapper’s 2021 interrogation under circumstances of a similar nature.

In May of last year, Jonathan Kirk and his entourage were involved in a bout of gun violence that sent two people to the hospital, and even saw one of his artists – Wisdom Akornuche Awute – be charged with attempted first-degree murder as well as aggravated assault with a firearm for the incident.

On Thursday (July 28) the authorities shared a video of DaBaby being read his Miranda rights, although he refused to sign the document as he feared there was wording on the page that might paint him as a suspect.

Elsewhere in the clip, the 30-year-old can be seen sleeping in his chair while waiting, and even receiving some snacks to keep his hunger at bay.

After an hour of lounging around, DaBaby was presented with a modified waiver from detectives; one that clearly satisfied him as he gave the rundown of the shooting fairly quickly after signing.

The Baby on Baby artist made it abundantly clear that he only shot back as an act of self-defence after men attempted to steal his group’s car and even shoot him outside a local restaurant.

It’s been noted that DaBaby was held in the same interview room for nearly 12 hours at the time of the incident. He was never officially charged with any crime in relation to the shooting – check out the full interrogation video below.