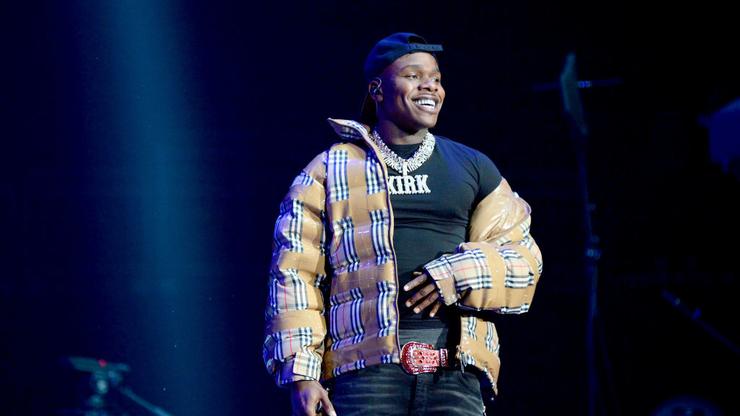 DaBaby was at Offset’s birthday party last night, hanging out with his baby mama MeMe, who has recently been at his neck on social media.

As though there hasn’t been a global pandemic happening for the last nine months, ravaging our lives and keeping us inside our homes to prevent the spread of COVID-19, Offset went ahead and threw a massive birthday bash in Atlanta, where people were not wearing masks and ignored social distancing guidelines.

Atlanta has been pretty wide-open for the last several weeks, and that continued when Offset held his birthday party at a nightclub, inviting everyone from Polo G to DaBaby. The party ended with Cardi B gifting her husband a rare Lamborghini Aventador SVJ, but there were also some newsworthy happenings from inside the get-together. Most notably, DaBaby was spotted with his baby mama MeMe, with who he is often beefing online.

As of late, DaBaby has been flaunting his relationship with singer DaniLeigh. Their situationship has been pissing off MeMe, who is a constant in DaBaby’s life. Last night, it seems as though MeMe was back with her man, partying with him and confusing a whole bunch of fans, who are now perplexed about what’s really going on in Baby’s life. Is he already back with MeMe or were they just in the same vicinity without interacting much?

Check out some footage from the party below.