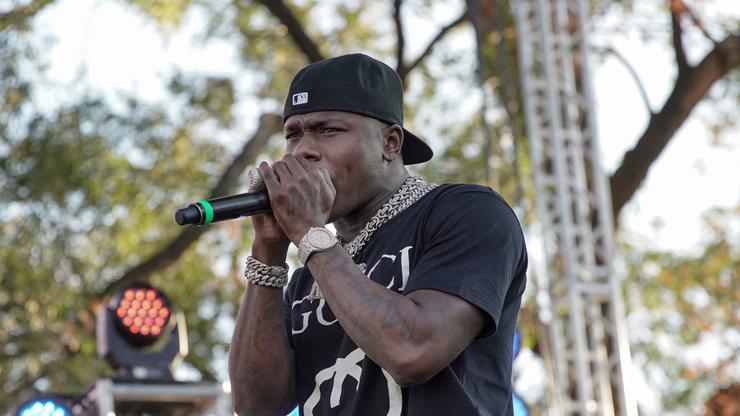 DaBaby says he’ll be speaking to a therapist to help with his mental health after the death of his brother.

It hasn’t been an easy week for DaBaby. The Charlotte-based artist, who has been on a complete tear this year, lost his older brother to suicide and has been trying to move forward at full speed. However, even the toughest individuals encounter mental health struggles every once in a while and, right now, it’s understandable that Baby would be hurting.

This marks the second loss in DaBaby’s family in a year. The rapper’s father passed away last year, right when he started blowing up in the music industry.

Following the passing of his older brother, the “Suge” superstar shared an important message to check on your friends and family from time to time to make sure they’re doing alright. Last night, he posted some more thoughts about mental health, telling fans that he’ll personally be seeking the help of a therapist to cope with the loss of his brother.

“#MentalHealthAwareness! If you can’t get over depression GET HELP, you see a loved one struggling get them help, they refuse the help, MAKE em get treated anyway,” wrote DaBaby on Twitter. “You suffer from PTSD take that shit serious & get help! I’m bouta get a therapist my damn self!  #LongLiveG.”

Glen Johnson, Baby’s brother, was 34 at the time of his death.