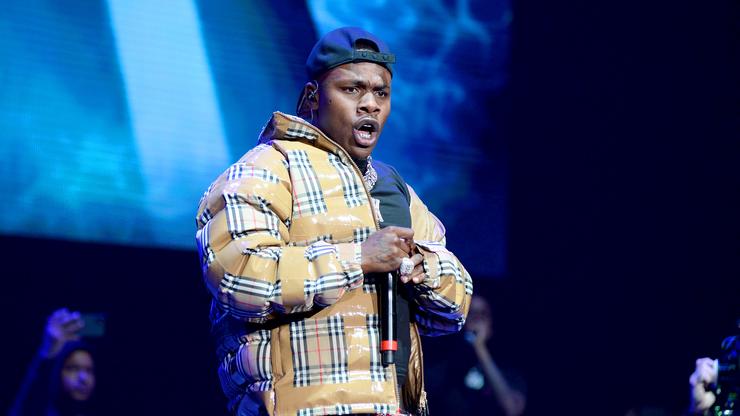 Mrs. LaTruth claims that DaBaby was doing business with her husband and asked someone to hook him up with her, but the rapper calls cap.

A woman came forward with accusations against DaBaby and the rapper has returned to social media with his side of the story. Social media influencer and author Briana Hampton, known as Mrs. LaTruth, has millions of social media followers across various platforms, but today (October 6), she shared alleged screenshots between another woman and DaBaby.

According to those screenshots, DaBaby reached out to the other woman in an effort for her to connect him with LaTruth. He spoke about finding LaTruth attractive so the woman agreed. LaTruth claims that these are valid screenshots and she not only shared them on her social media, but she wrote a lengthy caption to detail her devotion to her husband.

“The ultimate disrespect for me is to have someone who steps in your dm who 1) Not only knows your married , 2) was in the midst of doing business with my husband, 3) I ain’t nobody’s BIHHH and 4) disrespect my husband and my marriage !!!” she wrote. “Some ppl would say you should just ignore it but NAH this is the ultimate disrespect that I can’t look past my profile clearly says MRSLATRUTH and my husband is LATRUTH the person your team has spoken too plenty of times.”

“He went behind my husband back and sent a woman to do his dirty work and hoping that it wouldn’t get back to my husband and thought I would keep it on the hush hush because of who you are!!” LaTruth added. “Nah I’m NOT one of themmmmm. Those females you use to dealing with who would jump out of a moving car just to fk with you ! I’m SOLID and can’t be impressed by any man but my husband.”

In response, DaBaby shared a video of himself denying that he is the person responsible for the messages.

“Whichever one of you graphic designer n*ggas took my name and that blue check and created that fake ass motherfckin’ DM making it look like I’m out here tryin’ to slide in some wife DM, you dead f*ckin’ wrong,” said the rapper. “Dead wrong n*gga. And I don’t even talk like that. Pick up on my lingo a little better next time and maybe it will make some bigger blog sites… Make it sound a little bit more like me.”

Read through the DMs, LaTruth’s message, and watch DaBaby’s denial below.