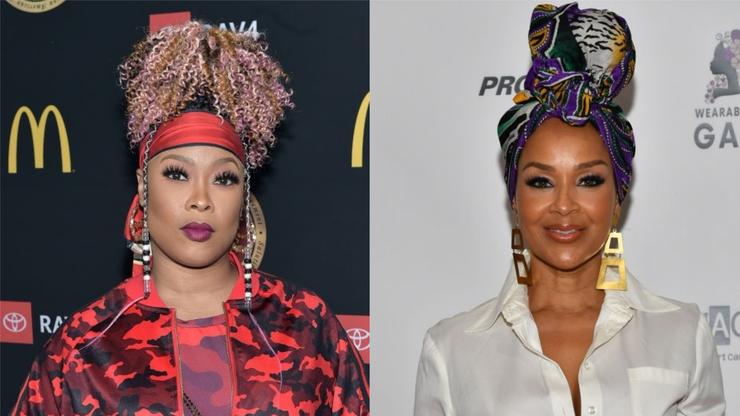 Da Brat surprised her sister LisaRaye by calling into her show, but LisaRaye was not pleased.

The latest episode of Cocktails with Queens was very difficult to watch.

What was supposed to be a celebratory moment for LisaRaye, who was enjoying her birthday, turned into an uncomfortable one as her co-hosts invited Da Brat, her sister, onto the show to wish her a happy birthday. However, the hosts were unaware that Brat and her sister have not been on speaking terms for months.

The conversation was one-sided for six minutes, with LisaRaye visibly distraught, crying on camera. Da Brat tried to tell her sister how much she loves her and that it’s nice to catch up, which was not reciprocated by LisaRaye. The actress repeatedly said that she was “hurt” by how Da Brat has virtually ignored her for months, finding out about her coming-out moment and her relationship with Jesseca Dupart through the blogs.

Following their conversation, which contained more than a few awkward moments, Da Brat’s girlfriend Jesseca Dupart seemingly chimed in with a since-deleted post on Instagram.

Jesseca shared a picture of herself giving a judgmental look to somebody off-camera while pulling Da Brat’s hand, writing: “MOOD !! Nah what was said…”

The post was subliminal but fans were quick to notice that the timing was not coincidental. This went up shortly after Brat’s appearance on LisaRaye’s show.

When the post was still up, people were reportedly coming for Jesseca, telling her to stay out of the family’s business and let them deal with it themselves.