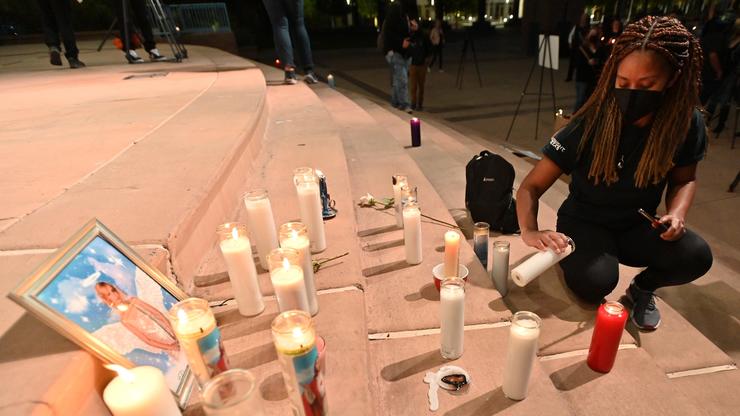 Tragedy ensued on the set of Alec Baldwin’s latest western Rust this past Thursday at Bonanza Creek Ranch in Santa Fe.

According to recent reports, the veteran actor had discharged a prop gun that had not been checked for being loaded, killing cinematographer Halyna Hutchins and severely wounding assistant director Joel Souza, who was behind her at the time of the accident. With an ongoing investigation bringing new updates, it appears that the production crew had already been concerned about gun safety conditions for some time, as evident in a text message sent from an anonymous crew member to their unit production manager. There had been 2 accidental gun discharges in the days leading up to Hutchins’ death. “We’ve now had 3 accidental discharges,” the text message read, as quoted by The Los Angeles Times. “This is super unsafe.”

Further examination of the incident reveals that no actions had been taken nor safety protocols implemented after the first two incidents. Rust’s head armourer Hannah Gutierrez Reed had also expressed doubts about her level of experience and preparation prior to filming. On an episode of the podcast Voices of the West recorded about a month ago, Reed explained that she had almost turned down her last job for fear of “not being ready.” Rust propmaker Maggie Goll has also reported to NBC that assistant director Dave Halls, who handed the gun to Baldwin, had a record of not maintaining safe working conditions.

The gun that was discharged in Hutchins’ shooting on Thursday was apparently one of three guns that Gutierrez Reed had laid down on set. When Halls picked up the gun to hand to Baldwin, he was unaware that the gun was loaded with live rounds. It had been noted that the gun was a prop. How and why the weapon was loaded remain looming questions.

It was also revealed in reports that just six hours before the accident, half a dozen camera crew members had walked out to protest against unfair working conditions on set, namely delayed paychecks, long hours, and the 50 minute daily commute from Albuquerque. It is still too early to say whether criminal charges will be filed in this fatal film accident.

An outpouring of love and support for Hutchins and her family came in the wake of her devastating passing. “There are no words to convey my shock and sadness regarding the tragic accident that took the life of Halyna Hutchins — a wife, mother, and deeply-admired colleague of ours,” Baldwin said of the shooting. Souza, too, spoke out about Hutchins’ death while quelling worries around his condition, expressing that he was “gutted” over Hutchins’ passing despite his gratitude for receiving such well wishes.

HotNewHipHop sends our condolences to Halyna Hutchins’ loved ones at this time.