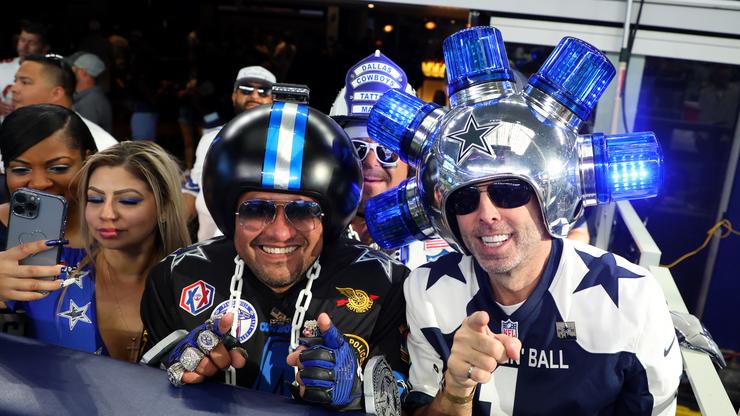 Last night was incredibly disappointing for Dallas Cowboys fans. Coming into this season, the team had a ton of promise, especially with Dak Prescott at quarterback. Unfortunately for the Cowboys, things did not work out so well as the team fell to the Tampa Bay Buccaneers in the season opener by a score of 19-3. It was a bad loss that came with an even worse outcome after the fact.

Prescott will now have to get surgery on his thumb which means he will be out for the next month or so. This will likely lead to a few more losses, which is the exact opposite of what the Cowboys need right now. They will start the year in a hole, and there is uncertainty as to whether or not this team can even make the playoffs now.

Cowboys fans were not happy last night, and they let their feelings be known throughout the evening. Unfortunately, the tensions eventually led to violence, with one man experiencing the brunt of it all. As you can see in the clip below, numerous Cowboys fans started ganging up on a defenseless patron, as they kicked and punched him while he was on the ground. After managing to get up, he was then flung back to the ground, where Cowboys fans continued to chase him.

For now, it is unknown how this whole fight started. These types of fights are common at football stadiums, especially when alcohol is involved.

Hopefully, everyone was able to make it out of there okay.