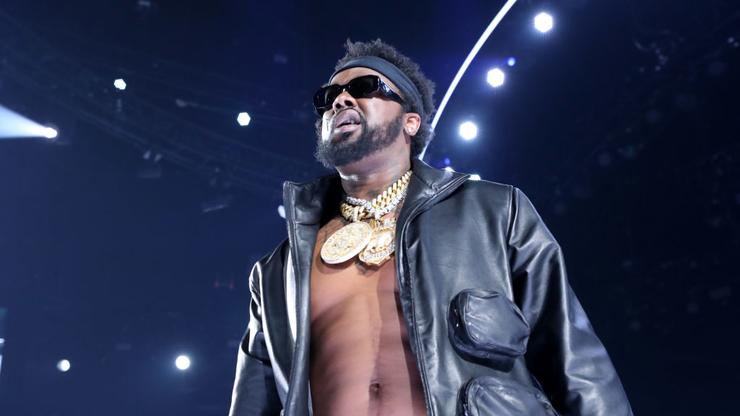 Conway The Machine’s New York show was one for the books, with surprise appearances from Method Man, Lloyd Banks, and Redman.

Conway The Machine is having a triumphant run, and with album-of-the-year conversations already kicking up, it would be wise to remember La Maquina. And that’s not even factoring Machine’s upcoming Shady Records album God Don’t Make Mistakes, which is allegedly due to drop before the year wraps up.

In the meantime, Conway has been taking his show on the road at long last, and damned if he hasn’t built up an incredible wealth of material to showcase. Last night, the Love Will Get You Killed Tour hit New York City, and Machine made sure to bring out the heavy artillery, so to speak.

During his set, he was joined by Method Man for “Lemon,” prompting a massive scream from the packed crowd. Shortly thereafter, Method Man kept the momentum rolling with a performance of “Da Rockwilder,” complete with a surprise appearance from Redman. Following the Blackout duet, Machine kicked off “Juvenile Hell,” bringing both Flee Lord and Lloyd Banks on stage for the occasion. Afterward, Banks brought out a classic from the vault and delivered his legendary “Victory Freestyle.”

Naturally, his Griselda compatriots were also on deck, with both Westside Gunn and Benny The Butcher coming through to hold it down for a few tracks — including the What Would Chinegun Do single “Dr. Bird’s.” And you know what — not even a hint of a backing vocal track to be found. Check out some of the impressive footage below, and sound off if you’ve managed to catch the Love Will Get You Killed tour in a city near you.