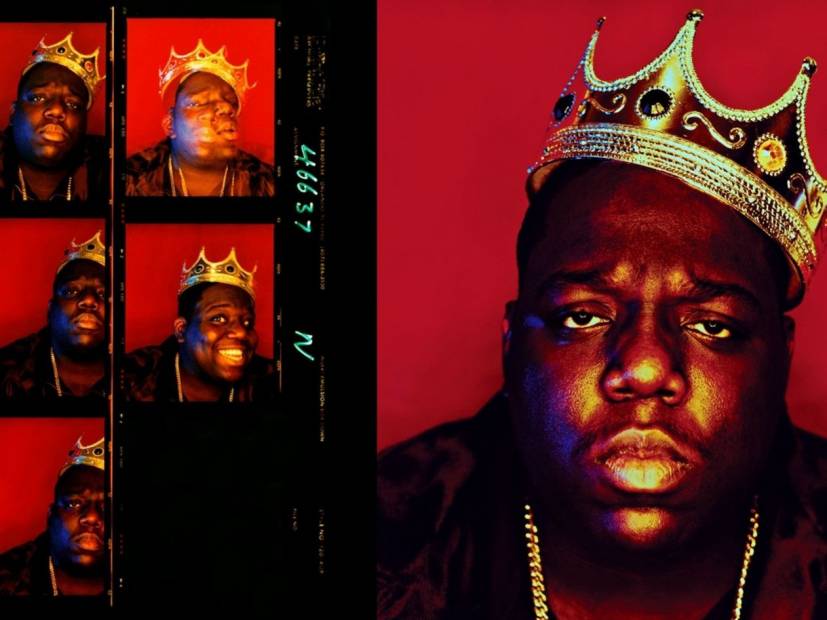 Los Angeles, CA – Photographs a bygone era line the hallways the Annenberg Space For Photography in Los Angeles, California where Contact High: A Visual History Of Hip Hop is proudly on display.

Photo shoots that would eventually yield album covers for classics such as Beastie Boys’ Check Your Head, Public Enemy’s It Takes A Nation Of Millions To Hold Us Back and EPMD’s Unfinished Business immediately jump out, while iconic shots Run-DMC, André 3000, Tupac Shakur and The Notorious B.I.G. pull at the air nostalgia floating around the exhibit.

“When I set out to do this project, I wanted to celebrate Hip Hop’s visual legacy,” Tobak explains to HipHopDX. “Hip Hop is now a global force and I wanted to trace the visual identity back to the roots. People always knew what Hip Hop sounded like, but what did it look like? And who was documenting the culture’s rise from the start?

“To look back on certain photographers and iconography and see this vast archive imagery tells an important, powerful story. Before Hip Hop became popular worldwide, the photographers in this book were taking pictures and documenting the nascent art form.”

Tobak — who got her start working at PayDay Records/Empire Management in the early ’90s — believed it was her duty to honor the conservationists the culture.

“I felt a huge responsibility to do right by the music that changed my life,” she says. “Now to have the work in a large scale museum show – the first its kind – at Annenberg Space for Photography presents the work with the respect and majestic scale it deserves.

“We are planning to travel the exhibit around the world so that will amplify the reach even more.”

Tobak spent months tracking down photographs still out there that told a detailed story about Hip Hop’s origins — from the early b-boys and b-girls to summer jams at the park.

“I visited dozens archives and was surprised at just how many images are still out there,” she says. “Some these photographers hadn’t looked at their contact sheets in years and were surprised at what they saw looking at the outtakes after so many years. These rolls film, many stored away in shoeboxes and closets, were holding iconic moments tucked away, still unprocessed.

“The in-between shots on the contact sheets tell a deeper story; they show the intimacy between the photographer and the subject. And they show just how much Hip Hop has evolved. I personally feel a responsibility to tell that nuanced history but more in the sense doing good work and doing right by the culture. It would be irresponsible to do anything less than a thorough celebration when dealing with something as powerful as Hip Hop and its legacy.”

Flores, whose parents emigrated to New York City from Puerto Rico before he was born, captured the emergence breakdancing. He’s been obsessed with photography since he got his first camera in 1980.

As Hip Hop was beginning to crawl, Flores used his passion for photography to document the phenomenon before Hip Hop even had a name. It was a way to not only feed his newfound addiction but also escape the violence breaking out in his community.

“We had these massive dance parties and stuff,” he tells DX. “It was also a reaction to the violence what was taking place. Dance parties started happening, people started breakdancing as they call it today. Our community was being attacked, and what do young kids do in response to that when you got no place to go and stuff? Basically, that’s how all that stuff started.

“We didn’t even call it Hip Hop. It had no name back then. Everything that inspired this movement that’s now over 30 years out was extremely spontaneous. It was made up right there on the spot. When you got nothing, you come up in another way and you create.”

During her time with PayDay/Empire, Tobak worked on Gang Starr’s Hard To Earn as director publicity and marketing, which meant she got to travel all over the world with DJ Premier and the late Guru. She fielded interview requests, arranged photo shoots and made sure they carried themselves pressionally.

It was during that time she truly understood how important preserving those moments in Hip Hop history truly were.

“I would accompany them on all their shoots and their interviews, and I got immersed in that world,” she says. “I toured with them, I traveled the world with them and learned what it was like to see the images being created along the way be put out into the world. After the label, I became a music and culture journalist. Later on, when I started working as a producer for CNN and CBS and went deeper into photojournalism, the dots started to connect.

“I became really interested in the way organizations treat their archives and thought about Hip Hop imagery — how all these years later we have this vast archive, but we don’t have the stories behind what was happening within the culture at that time. This book was my way telling a more nuanced story the culture through the photographer’s lens.”

The Contact High: A Visual History Of Hip Hop exhibit is on display through August 18. Copies the book are available here.

Check out a few more photos below and head to the Annenberg website for more information.

Less than a week away! #ContactHigh opens free to the public this Friday, April 26. Click the link in our bio to plan your visit… #HipHop #Trailer #Photography #Art #Museum #Annenberg

Click the link in our bio to check out @thehypemagazinenetwork's interview with @vikki_tobak on CONTACT HIGH: A Visual History Hip Hop, opening next year at the Photo Space! #ContactHigh #HipHop #History #Art #Photography #ContactSheet #TheHype #2019

A post shared by Annenberg Photography Space (@annenbergspace) on Nov 6, 2018 at 1:22pm PST