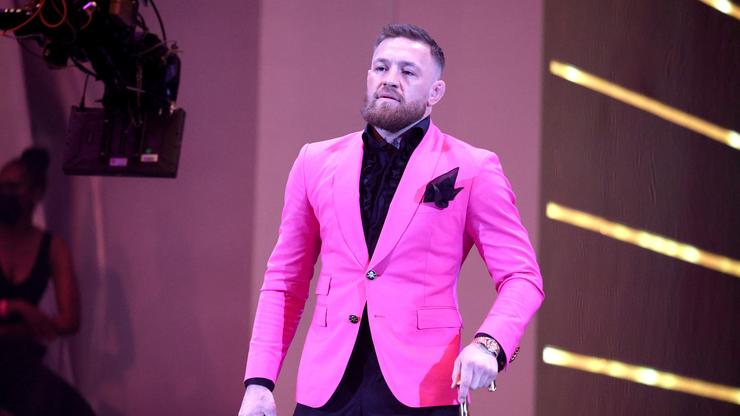 Conor McGregor is eager to get back in the Octagon.

Conor McGregor is one of the UFC’s biggest superstars and as it stands, he is still very much a big draw, even though he hasn’t won anything significant in quite a while. After breaking his leg against Dustin Poirier, McGregor has been back in the lab where he is trying to recreate some of the magic that made him such a big name in the UFC, to begin with. In order to do this, he has been working closely with his coach John Kavanagh.

In a recent interview, Kavanagh spoke in-depth about McGregor’s recovery and what the two are hoping for, moving forward. As Kavanagh explains, McGregor is looking at some big names for his next fight, and at this point, there are six people who are on the table. At the top of his list, however, is none other than Nate Diaz.

“I’ll be honest, the Nate Diaz trilogy is very, very tempting. It’s a fight that gives me nightmares. The man doesn’t stop coming forward. Whether it’s three rounds or five rounds. But it’s an intriguing fight. So, that one is definitely very interesting,” Kavanagh said per BJ Penn.com. “But also the Tony Ferguson one. It never happened. It was talked about a lot. Tony still has, I believe, a lot to offer the game. He’s a very unorthodox striker, grappler. I think the build-up would be fun for the fans. So, you know, any of those kind of legacy guys. But, look, that division is killer. You know, Dan Hooker’s in there. The Islam (Makhachev) fight would be amazing as well, for obvious reasons. And we have, you know, whoever’s going to win this belt (Charles Oliveira or Dustin Poirier). So, you know, look, any of those names. I’m just excited to see Conor back.”

McGregor has been bragging about his 190-pound physique as of late, however, he is going to need to cut down if he wants to fight any of those guys lists. After all, McGregor is not used to fighting at that weight, and if he were to get in the ring with other big guys, he could get pummeled. With that in mind, it only makes sense that he would want to stick to the weight classes he is most comfortable in.

Let us know who you think McGregor should fight next, in the comments below.